It was an almost miraculous sight to watch the Blue Angels approach Smyrna Airport on June 6, 2019 following a fly over of downtown Nashville that marked the 75th anniversary of the D-Day invasion in true patriotic fashion. The boys in blue could now turn their attention to prepping for their much anticipated upcoming weekend appearance at the Great Tennessee Air Show. 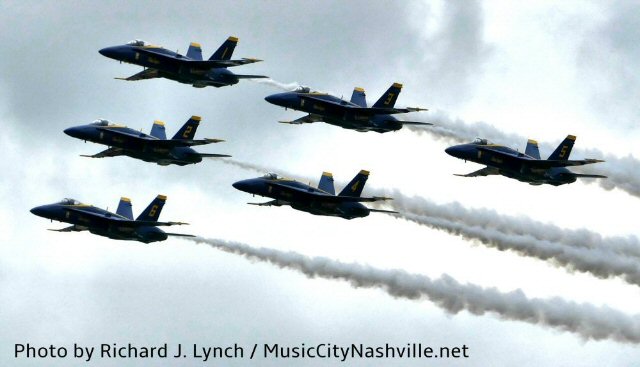 The Blue Angels arrive in Smyrna for the 2019 edition of the Great Tennessee Air Show.

The last time these high flying heroes were here disaster had struck. On June 2, 2016, at the age of 32, Marine Captain Jeff Kuss, Blue Angel #6, lost his life in the Town of Smyrna during a tragic in-flight accident while training for the event. The air show flew on that Spring despite immense sadness and sorrow. Soon, Rutherford Country residents began the healing process with prayer services to help with the region-wide sense of loss. Further community efforts resulted in the building of a spectacular monument in memory of the fallen pilot. Three years ago – lots of tears were shed for the accomplished serviceman. 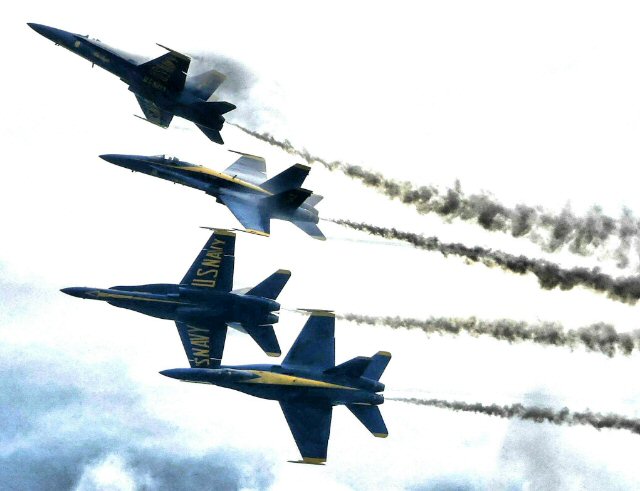 The Blue Angels put their immense skill on display over the skies of Mid-Tenn.

As the jets and their navigators arrived on Thursday there was plenty of concern as the sky was the one forecast to do plenty of crying on Saturday and Sunday with a near 100% chance of rainfall predicted for the performance days. On Day 1, the Blue Angels had to conduct a modified and shortened low cloud showcase, but they did fly in between several rain delays that soaked the thousands of spectators who were gathered just off of the Sam Ridley Parkway. 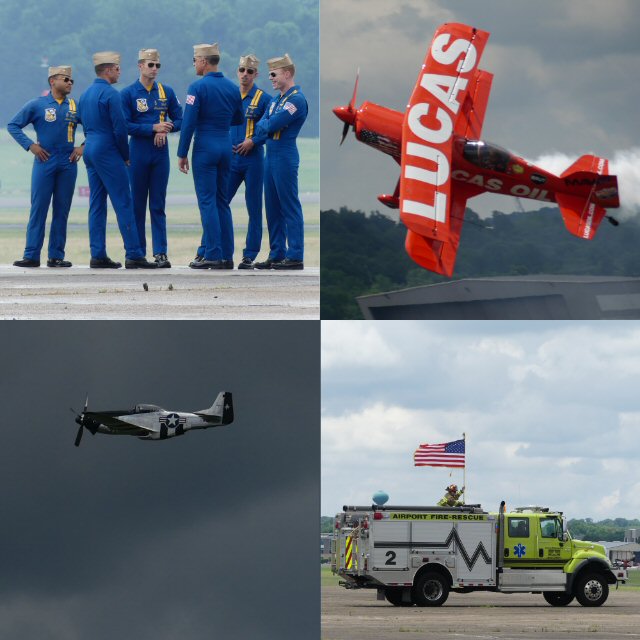 On Day 2, nature complied even as its own creation refused to be shown up by the mechanical birds. A precocious Blue Heron literally got the proceedings off to a flying start by conducting a flyby of the airstrip. Once it became clear that the U.S. Navy Leap Frogs wouldn’t be able to open the show with their parachuting exhibition due to low clouds the blue bird made a return pass before handing the flying off to the humans and their mesmerizing machines. The rain stayed away for most of the day except for a brief cloudburst that delayed proceedings by about 15 minutes. The announcer made it a point to say “you folks must be living right” because there were several downpours visible in proximity to “the stage” all day long. Clearly, prayers were being answered. The flyers took to the sky shortly after 3 p.m. in their matching F/A-18 Hornets and proceeded to deliver what experts on the ground called their “high show” that seemingly pushed the jets and their pilots to the limit. 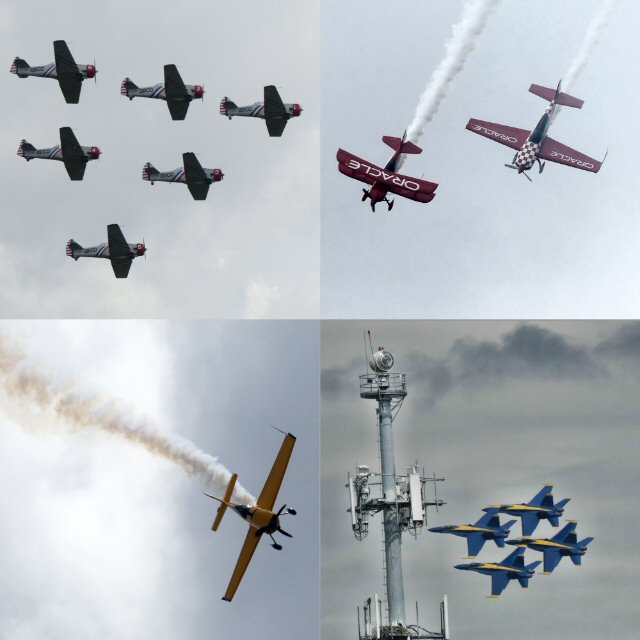 Even more unforgettable scenes from the Great Tennessee Air Show.

The elite Navy pilots were the stars of the show but a Naval-themed Virtual Reality (VR) attraction was a popular activity and savvy recruiting tool for the Armed Services branch of the United States Military. The Blue Angels thrilled with their version of a fleur-de-lis and precision maneuvers that had them flying over the crowd sometimes upside down at speeds up to 700 miles per hour. Other favorites included the talents of Team Oracle’s Acrobatic Pilot Sean D. Tucker and the Geico Skytypers. Static displays featured an authentically restored original 1937 American Airlines DC-3 known as the Spirit of Detroit, as well as an Air Force T-28A, Navy T-28C and Eagleville Soaring Club Gliders. 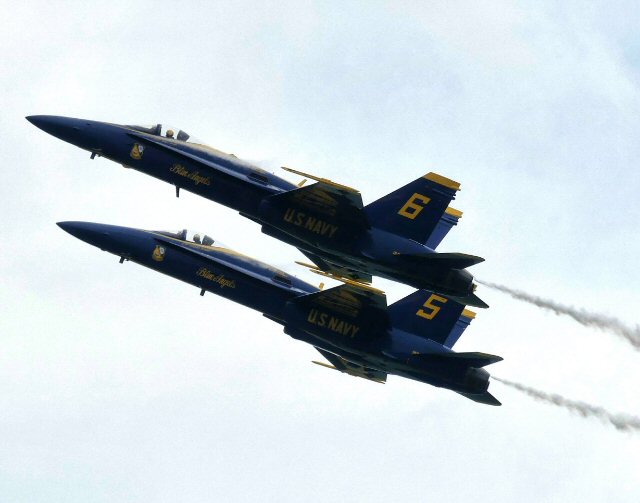 Things were pointing in the right direction all weekend long for the famous Blue Angels.

“This year’s airshow was another great success,” said John Black, Executive Director of the Smyrna Airport to press post event. “In between a few passing showers, all of our world class performers were able to fly, and the U.S. Navy Blue Angels were absolutely phenomenal. We are also happy to have Nissan as the presenting sponsor and Second Harvest Food Bank as our charity partner. The weekend gave youth a rare opportunity to be up close and personal with aviation.” 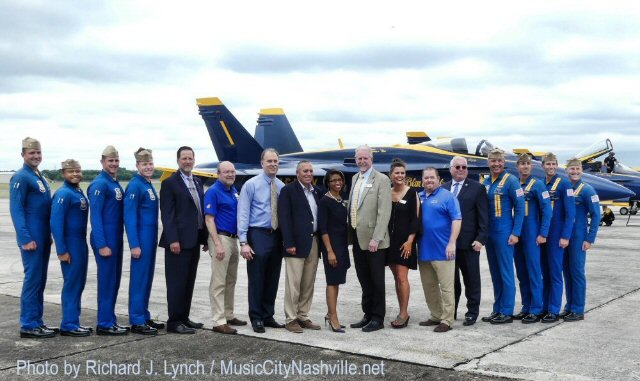 Smyrna town dignitaries greet the Blue Angles on their return to Tennessee.