“The World’s Greatest Pink Floyd Show” brought their 40 Years Of The Wall Tour to the Tennessee Performing Arts Center on August 02, 2019. The band states that this show is their most ambitious and best production yet – it’s a 40th Anniversary retrospective of Pink Floyd’s iconic rock opera – The Wall released in November of 1979. 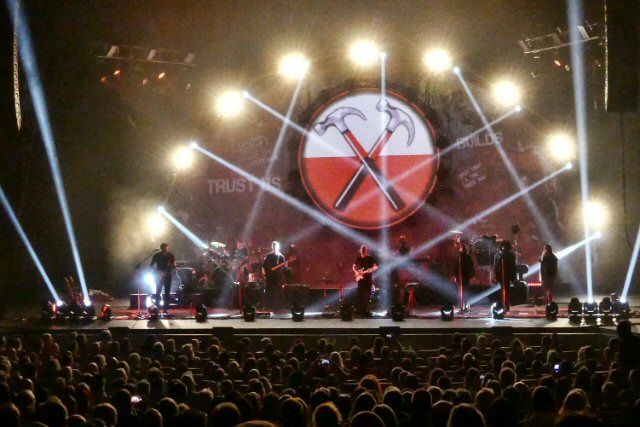 Brit Floyd has built a solid following with their powerful re-creation of Pink Floyd classics.

The Wall was a semi-autobiographical concept album from the mind of Pink Floyd founding member Roger Waters. That double disk remains one of the best-selling records of all time. In addition to highlights from The Wall, Brit Floyd performed classics from The Dark Side of the Moon, Wish You Were Here, Animals, The Division Bell and more.

Brit Floyd emerged in 2011 as a vision of Damian Darlington (musical director, guitarist, and singer) who believed that “he could do it one better” than his previous band – The Australian Pink Floyd Show. Further declaring that “there is much more attention to details in every aspect of the show, from the music to the visuals to the lighting: everything is that much more perfected and there’s a passion coming off that stage. It’s a coherent, emotional journey through Pink Floyd’s catalog.”

Since the concert was 40 Years Of The Wall the show opened and closed with songs from the epic. Other album highlights included “Another Brick In The Wall, Part 1” in which the three female backing vocalists did an effective job of replicating the part of a chorus of children. “Mother” and “Young Lust” were also potent. The band was skilled at sounding like the original Pink Floyd and the fact that they were often in shadowy light added to that illusion. 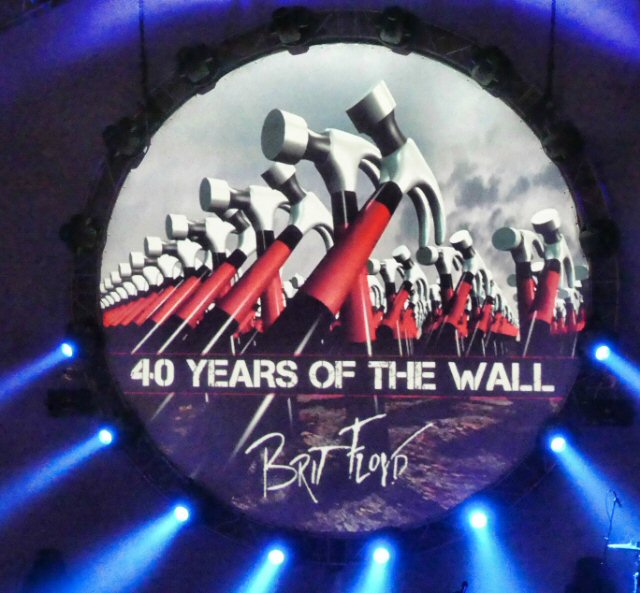 Brit Floyd also used lasers, lights and videos to enhance their presentation. Graphics of a wall being built along with characters such as a menacing mother, a terrifying teacher and an army of hammers added to this polished production. Images of faceless kids made a dramatic statement just as The Wall had done back in its day.

In addition to material from The Wall Brit Floyd presented a career spanning set featuring a psychedelic number all the way through the last record. Other big moments of the night were “Time” showcasing spinning objects combined with colorful prisms beaming out into the theater. “Us and Them” was strong as was “Sheep”. The closer “Comfortably Numb” and the first encore “Run Like Hell” were mind-blowing musically and visually.

Brit Floyd – “The World’s Greatest Pink Floyd Show” lived up to the hype with their celebration of 40 Years Of The Wall and more. The Wall is still a relevant record as wars still rip families apart, children still have challenges in school and many people deal with depression. Roger Waters addressed these issues in music that spoke to the masses while the band Pink Floyd crafted some of the world’s most compelling and complex songs during their turbulent time together. Brit Floyd carries on that legacy in a tribute that is bold, flawless, passionate and precise.

The TPAC located in the James K. Polk Cultural Center at 505 Deaderick Street in downtown Nashville, occupying an entire city block between 5th and 6th Avenues continues to support stellar acts such as Brit Floyd. The venue has three distinct halls that present a diverse, quality line-up of concerts, Broadway and cultural events.