On Saturday, July 27, 2019 Rock & Roll Hall of Famer Garry Tallent, a founding member of Bruce Springsteen’s E Street Band, hit the famed Grimey’s New and Preloved Music stage for a live performance in celebration of his new forthcoming solo album More Like Me. Since it was a Saturday the record store announced that beers were on the house adding to the late afternoon festivities. 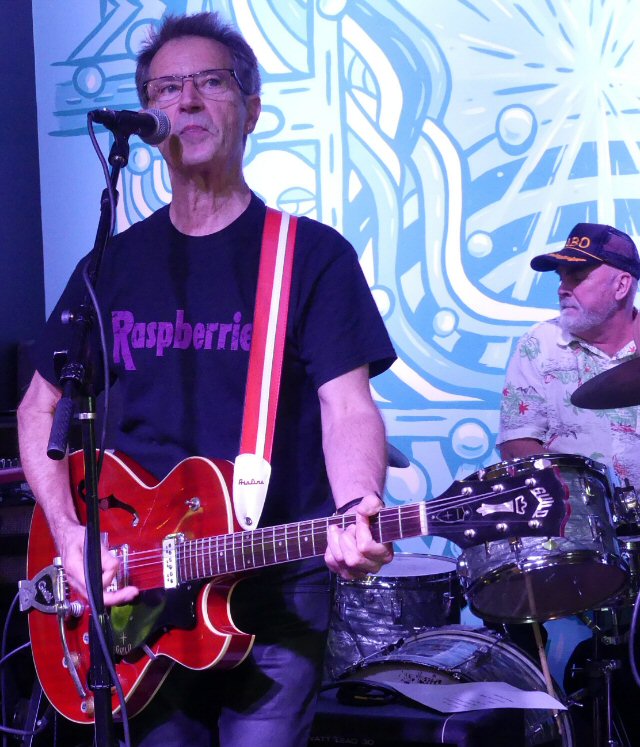 Garry Tallent played seven songs from the new album at Grimey’s in 2019.

Garry and his five-piece band went on promptly at 5 p.m. and played a generous seven song set from the new album opening with the title track followed by “Dirty Rotten Shame”. Tallent took time to note that “One Good Reason” featured backing vocals from his boss – in case there were any completists in the room. “Tell The Truth” preceded the delightfully blues-filled “Sinful”. “If It Ain’t One Thing…” and drenching “Above The Rain” completed the well-attended pre-release party that was held to advance the record that is officially out August 2. 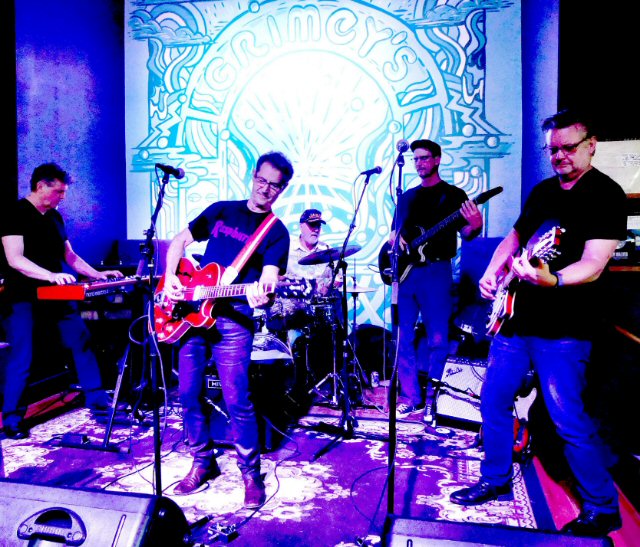 Garry Tallent and his talented five-piece band in Nashville.

It wasn’t until 2016 that Tallent decided to step out of his comfort zone and finally become his own boss. The critically acclaimed Break Time came out when Garry was 65 – the age most people begin considering retirement. More Like Me avoids the sophomore slump with Tallent and his talented team picking up speed and not slowing down at all on ten inspired tracks. For a man who grew up on the Beatles and Stones; helped found one of rock’s greatest bands; lived on the Jersey shore; and produced many marquee artists including the likes of Steve Forbert – all those influences emerge on this platter that finds the bass player finding his own sound and feeling more like himself than ever before.

Grimey’s New and Preloved Music is a great place to catch national and upcoming acts in an intimate environment in Nashville. While there patrons can explore the many racks of new and used CDs, vinyl, books and more on two brightly-lit and accommodating levels. The deals will surprise you. Garry Tallent hung out for a while to meet and greet fans and to sign copies of the new record. 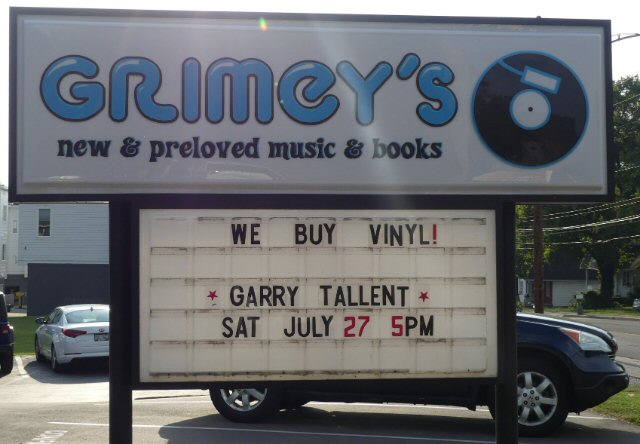 Grimey’s is a great place to see and support music in Music City.