It had been a little over four years since we made our Grand Ole Opry debut when we attended the country music shrine for the first time while on a vacation to Tennessee. On Saturday, June 08, 2019 we returned to the legendary room as the guests of one of the evening’s performers and were provided with an unexpected onstage view of the famed “Saturday Night at the Opry” radio show.

The Wandering Hearts impressed during their opening slot in Nashville.

Our surprise evening happened during CMA Fest – the four day country music festival held in Nashville, Tennessee that is a celebration of both the fans and artists of the genre. But, the CMAs most likely would not exist today if it had not been for the Grand Ole Opry. Back in 1925, the Opry started out as a simple radio show that spread the gospel of country music. Those early live concerts projected over the airwaves were a major source of entertainment especially in rural communities before the days of television. For some those broadcasts sparked dreams of performing at the Opry and a percentage of those fans would ultimately go on to play there.

The on-going popularity of the CMAs is a testimony to the magic and the music that the Opry has made famous. Today, it is still going strong. The radio show is regularly heard worldwide on the Opry’s app, SiriusXM, 650 AM WSM and more. It is broadcast live to a global audience from the Grand Ole Opry House in Nashville – just a few miles from the downtown where the CMA Festival was taking place.

Opry artists focus on classic and contemporary country music along with Gospel which is also an important part of the show’s sound. So many of the genre’s greats have graced the revered stage and this night’s roster was no exception. Both the Opry and CMA are known for showcasing established and emerging acts and many of this evening’s performers were doing double duty including the band we were there to see – our hosts – The Wandering Hearts.

In 2018, The Wandering Hearts (Chess Whiffin, AJ Dean and Tara Wilcox) received a standing ovation for their performance at Marty Stuart’s Late Night Jam at the Ryman Auditorium where they shared the stage with Marty Stuart And His Fabulous Superlatives among other stars that evening. In the same week, they had their Opry debut and were invited back to the legendary venue to sing for a second time soon after. 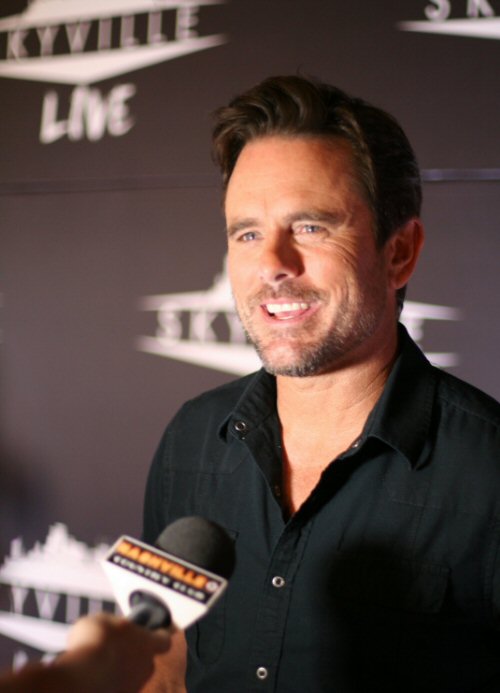 These achievements would be impressive even for a reputable Nashville-based band, let alone an up-and-coming British group who have been compared to Brandi Carlile and Fleetwood Mac. The Wandering Hearts are winning over US audiences with their tantalizing three part harmonies, heartfelt lyrics and genre blending signature sound that draws from the worlds of country, folk, pop and roots music. In 2019, The Wandering Hearts returned to the States to perform at CMA, the Grand Ole Opry and the famous Bluebird on June 11, 2019.

Jeannie Seely opened the first segment of the Opry show. She performed Hey Good Lookin’ and later a new song from her up-coming album. Seely also shared a few jokes about aging when it was announced that she has been an Opry member for 52 years. Jeannie introduced The Wandering Hearts who presented acoustic versions of catchy tunes from their latest record Wild Silence and it’s likely that they converted listeners to fans with their compelling set. 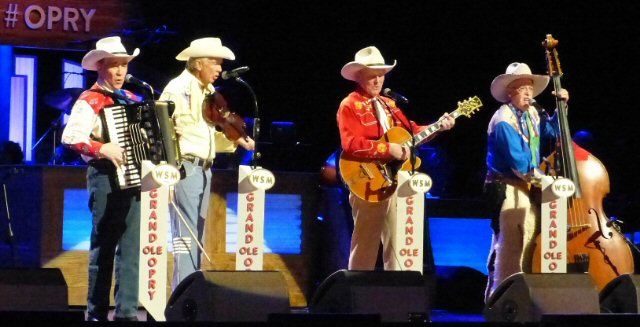 The always entertaining Riders In The Sky. (MCN File photo)

In addition to country the Opry is also known for bluegrass, comedy and square dancing. All were represented on the 8th. Jesse McReynolds led his band through some lively picking. Riders In The Sky combined cowboy music with comedy. Later, newcomer Dusty Slay had folks laughing at his observational humor about hotels, trailer parks and more. The Opry Square Dancers clad in red were also entertaining.

Saturday featured historic and hopeful Opry members such as Bill Anderson (1961), Charley Pride (1993) and the still glamorous Crystal Gayle (2017). The engaging Charles Esten is still considered a guest even though he has performed there numerous times. Mark Willis (2019) declared that the Opry was his favorite place to play country music. Another visitor – Aaron Watson debuted a tune about his parents dancing while listening to the Opry on the radio. A contingent of fans held up their cell phone lights in support of the sentimental song. Many of the evening’s performers mentioned that they had also been at the CMAs over the past few days, thus confirming the important connection between the two.

At MCN, we didn’t do much of the CMA Fest this year. But, we got an inside view on what makes the Opry tick and how the performers prepare before taking the stage. We observed many of the stars arrive accompanied by their famous guests. We mingled in the glamorous green room and visited many of the renowned artist themed dressing rooms. More importantly, we watched the stage hands, staff and professional musicians causally and confidently go about the business of bringing the world’s most famous radio show to life – and that’s a lesson we won’t soon forget.

The Grand Ole Opry is the show that made and is still making country music famous. It is the hallowed hall where numerous stars have shined. Anyone young or old who stands on the sacred circle (a cut out from the original Ryman stage) knows that it’s a blessing to be there and on Saturday we were blessed with another grand night at the Opry. Upcoming concerts will feature Luke Combs, Old Crow Medicine Show, Dailey & Vincent and more. 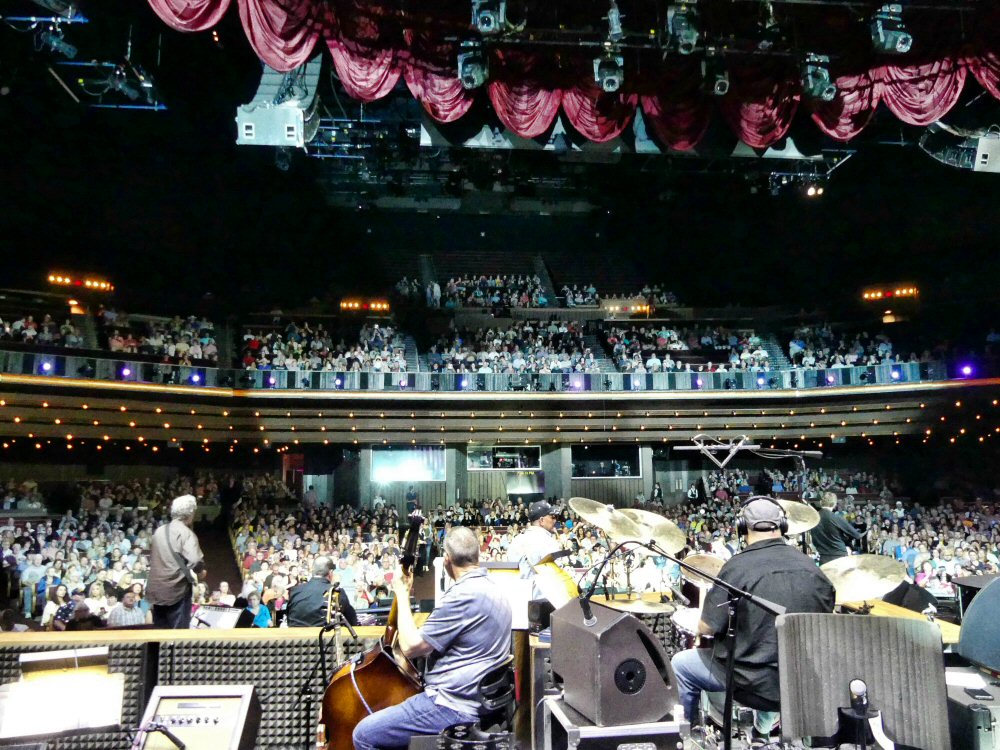 Our unique perspective gave us an even greater appreciation of the Grand Ole Opry.

Related Links: For more information on the GRAND OLE OPRY and the other organizations mentioned please visit the following links — Grand Ole Opry | The Wandering Hearts