One only needs to look across the street from the famed Mother Church of Country Music in Nashville to see a new tower on the rise called “Fifth and Broad” that will soon join the nearly dozen other skyscrapers that have been added to this town’s skyline in the past few years. So, it was fitting that a towering giant in the Music Biz would take to the stage to put his Country Music Hall of Fame, Gospel Music Hall of Fame and Musicians Hall of Fame credentials on display once again for fans and friends at one of the city’s best-loved annual traditions. On this night, Ricky even gave a special shout-out to fellow musical heavy-weight James Taylor who was spotted in Section 11 in the balcony of the shrine. 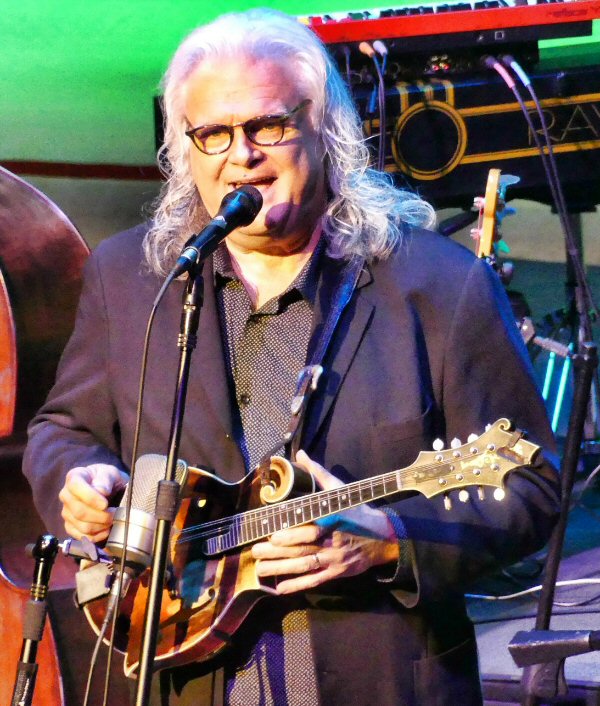 Ricky Skaggs returned to the Ryman Auditorium in 2019.

For over two decades, as the summer season rolls around, the Ryman Auditorium has celebrated its important place in bluegrass music with its popular Bluegrass Nights series. The multiple concerts feature the biggest names in the genre along with newcomers. All shows are preceded by 650 AM WSM’s free showcase, Pickin’ on the (Ryman) Plaza. This year’s series concluded on August 01, 2019 with the colorful crisp tones of Ricky Skaggs and Kentucky Thunder.

Many consider the Ryman the birthplace of bluegrass. As the story goes, back in 1945 a young banjo player named Earl Scruggs joined Bill Monroe’s Blue Grass Boys on stage for the first time. “Scruggs added his revolutionary three-finger picking style to Monroe’s signature close harmonies, quick tempo, and high lonesome sound.” It was a change to country music that energized crowds and left them wanting more of what quickly became known as “bluegrass music”.

One of the most important links to the past and present is multi-instrumentalist Ricky Skaggs who has become a staple at the respected Ryman series. Ricky struck his first chords on a mandolin over 50 years ago. Since then he has won countless accolades and awards in bluegrass, country and gospel. All three of those genres have a rich history with the Ryman as does Ricky. Mr. Skaggs is one of the few modern artists who has played with the legendary Flatt & Scruggs. In fact, Ricky was only seven years old when he performed on their syndicated TV show, which earned the prodigy his first paycheck.

In 1971, Skaggs along with his friend, the late country singer, Keith Whitley joined the band of bluegrass patriarch Ralph Stanley. Soon, Ricky began to build a reputation for creativity and excitement through live appearances and recordings with acts such as J. D. Crowe & the New South. In the 1980’s, Ricky was a chart topping country artist. Today, Ricky remains active in the bluegrass world and as a man of faith he has also released plenty of spiritual songs over the years. 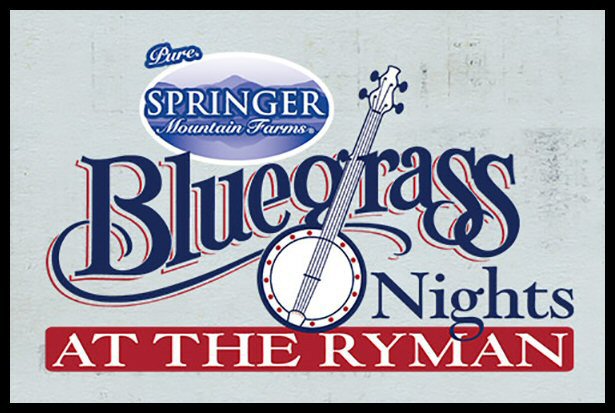 The pews of the Ryman were packed on Thursday. Ricky along with his talented team – Kentucky Thunder comprised of Paul Brewster (tenor vocals, rhythm guitar), Russ Carson (banjo), Jake Workman (lead guitar), Mike Barnett (fiddle), Dennis Parker (baritone vocals, guitar) and Jeff Picker (bass, bass vocals) received a warm welcome. During his career spanning set, it was clear that Ricky is appreciative, knowledgeable and passionate about this place and the many people who have performed at the Ryman. Since he started so young, Ricky is one of the last links to the founders of bluegrass and he is doing his best to bring the genre to the next generation of music fans.

The first part of his concert focused on bluegrass. The band worked their way through fast and fluid pieces including the animated “Ancient Tones” and later “Kentucky Waltz”. The team was tight with all contributing tantalizing solos to the mix. Between songs Ricky spoke of his parents and the life lessons that he learned from both. Skaggs presented “Mother’s Only Sleeping” in honor of his mama and his mentors who he also talked about between tunes.

Ricky started the second set of the night armed with an electric guitar. The group presented a number of songs from Skaggs’ country catalog inducing the popular “Highway 40 Blues” and I Wouldn’t Change You If I Could” . Ricky’s wife singer Sharon White joined him for the compelling “When I’m Good and Gone” followed by another strong spiritual number “You Can’t Shake Jesus”. Ricky returned to bluegrass to close out his comprehensive concert but quickly returned for the encore. As in past years, Ricky and Sharon asked the audience to stand as everyone sung “Nothing But The Blood of Jesus”. Kentucky Thunder came out for more fast paced pickin’ to end the night and the series on a high note.

Bluegrass Nights will be back in 2020 with a high caliber line-up that is likely to include Ricky Skaggs. As this music continues to evolve taking on new nuances with each generation of players and fans, the Ryman plans to remain a pinnacle venue for bluegrass artists to honor the traditions of the genre. 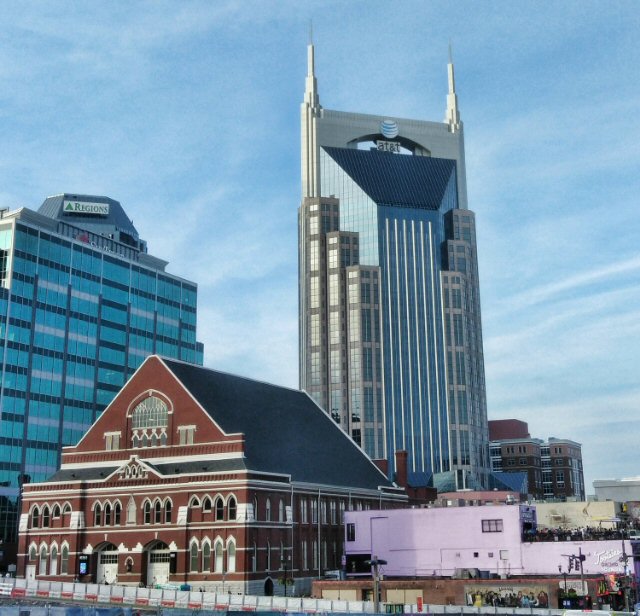 A rare, unobstructed view of the Ryman during early construction on “Fifth and Broad”.