The Nashville Predators hosted their first-ever PredsFest presented by Cooper Steel on Friday, Sept. 28 from 3 – 10 p.m. in and around Bridgestone Arena where the Tennessee hockey team plays. It was a family friendly, fun filled event in advance of the 2018/2019 season. Every new year in any sport brings the hope of winning a championship. In hockey their schedule runs from October to April. Then if a team is eligible the brutal battles continues all the way to the Stanley Cup, which is the oldest existing trophy to be awarded to a professional sports franchise. The International Ice Hockey Federation (IIHF) considers it to be one of the “most important championships available to the sport.” 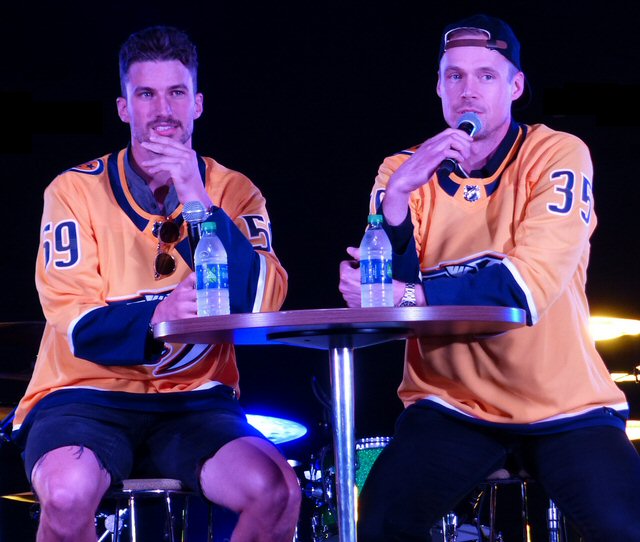 The Predators in the past two years have made it to the playoffs. In 2018, their well-respected Pekka Rinne won the Vezina Trophy for best goalie. So Smashville is ready for another hopefully stellar season. The Preds will be heading to the Big Apple to slam the NY Rangers and Islanders before returning to home ice to face Calgary on October 09, 2018.

PredFest was free and open to the public plus the weather was perfect. At Walk of Fame Park folks took part in hockey-centric games and inflatables, visited the FOX Sports Tennessee desk for photos with the Preds broadcast team and mixed and mingled with Preds alumni. Fans also crafted good luck signs and Christmas cards, one of which will be selected as the team’s official card for the 2018 holidays.

Various fine food trucks including the popular Puckett’s and beverage carts were on site. There were plenty of give-a-ways too. Hunt Brothers Pizza was handing out slices while Dunkin’ Donuts was pouring out samples of their ice coffee. A number of raffles were also held and some lucky winners walked away with autographed hockey paraphernalia. Live music was also part of the festivities. 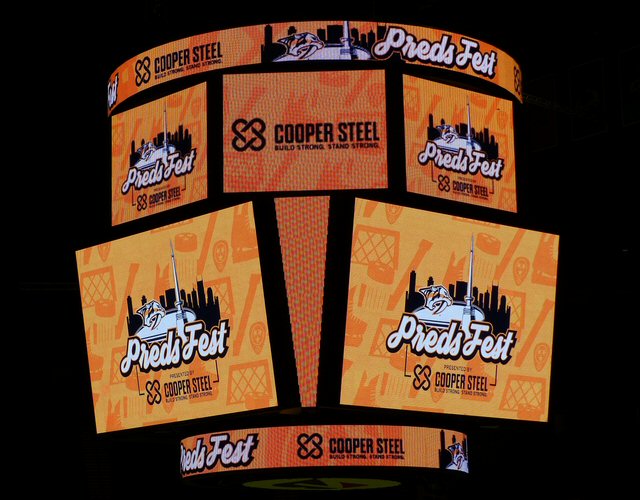 The first ever PredsFest was a big deal in Smashville.

At Bridgestone Arena Plaza folks had access to GNASH’s Closet Cleanout ($5 donation to the Nashville Predators Foundation) and a Used Equipment Sale. For full season ticket holders there was a Preds Players Meet & Greet presented by Gary Force Acura. This event included extras such as locker room tours and more.

A portion of the team participated in the Player Gold Walk taking the stage for a group photo. Roman Josi and Pekka Rinne stayed for a Q&A. At the All Smashville Access people were welcomed inside Bridgestone Arena for photo opps or to skate with Preds alumni (pre-registration and own skates required) but how fun for kids of all ages to glide on the same ice that the team will be playing on soon. As we strolled around the arena sights such as Gill the Catfish and the Brad Paisley mural got us psyched for the upcoming season.

In addition to PredFest the team has a Kids Club with some cool membership benefits. Also, on October 10, 2018 there is an Intro to Smashville Program that will feature on-ice demonstrations, tours, panels, etc. and knowing Smashville more fan centric events will be part of an exciting year.

PredFest was a Smashing Success and hopefully a foreshadowing of a super season for the Nashville Predators. Music City knows how to throw a party so even with the CMAs in June of 2019 there would be plenty of space for Stanley Cup Celebrations, too! Time will tell.

Gill the Catfish hopes for another playoff with a payoff this year!

Related Links: For more information on the NASHVILLE PREDATORS and the other organizations mentioned please visit the following links — Nashville Predators | Bridgestone Arena | Everyone Wins in Smashville | Preds Are Power Players | Hockey Comes of Age in Music City