The Violins of Hope are a collection of 32 restored instruments that were played by Jewish musicians during The Holocaust (1933-1945). These violins have survived concentration camps, pogroms and many long journeys to tell remarkable stories of injustice, suffering, resilience and survival. The Violins of Hope can be seen March 26-April 9 and April 15-May 27, 2018 at the Main Public Library located at 615 Church Street in downtown Nashville, TN. In addition, the Nashville Symphony has partnered with more than two dozen local groups and organizations on a community-wide series of events around these instruments and the issue of social injustice.

The free exhibit at the Library is one program. The Frist Center For Visual Arts is featuring We Shall Overcome Civil Rights and the Nashville Press, 1957-1968 through October 2018. Guerrero of the Nashville Symphony conducted a number of special concerts March 22-24 with Verdi’s Requiem scheduled for May 31-June 02, 2018 at the Schermerhorn Symphony Center.

“Each of these instruments has a remarkable story to tell about resilience of the human spirit in the face of unimaginable difficulty,” says Alan D. Valentine, Nashville Symphony president and CEO. “This singular collection will serve as a springboard for many of Nashville’s cultural organizations to explore the vital role that music, the arts and creativity play in all of our lives. We are thrilled to be working with so many enthusiastic partners on this historic initiative.” 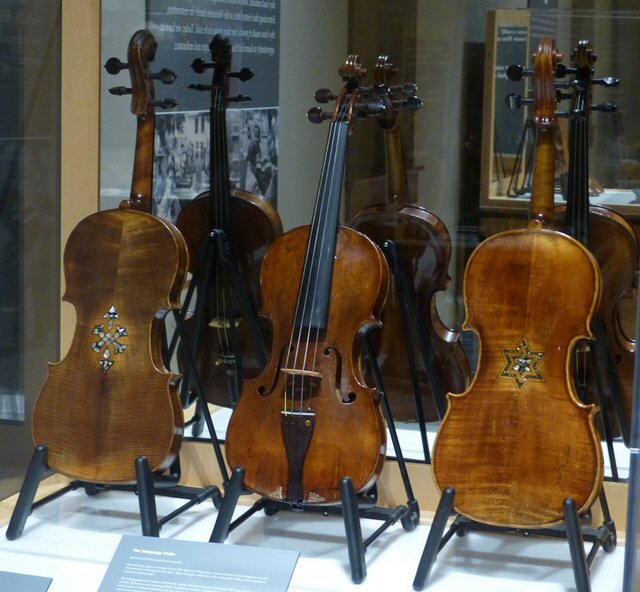 Following is one instrument’s tearful tale. “In July 1942, thousands of Jews were arrested in Paris and sent by cattle trains to concentration camps to the east – most of them to Auschwitz. On one of the packed trains was a man holding a violin. When the train stopped somewhere in the middle of France, the man heard voices outside the train car. A few men were working on the railways. The man in the train cried out, “In the place where I’m going now, I don’t need a violin. Here, take my violin so it may live!”

The man threw his violin out the narrow window. It landed on the rails and was picked up by one of the French workers. For many years, the violin had no life. No one had any use for it. Years later, the worker passed away, and his children found the abandoned violin in his attic. They sought to sell it to a local maker in the south of France and told him the story they’d heard from their father. The French violin maker, in turn, gave the instrument to the Violins of Hope project so that the violin could live. (JHV 33).”

In late March we visited the lovingly restored Violins of Hope. Their stories are heartbreaking but need to be heard as mass murder has not ended with the horrors of the Holocaust. One of the panels at the Library listed modern day massacres as a sad reminder that humanity despite all our advances still has to learn to overcome bigotry and hatred in hopes of building a better world for future generations. 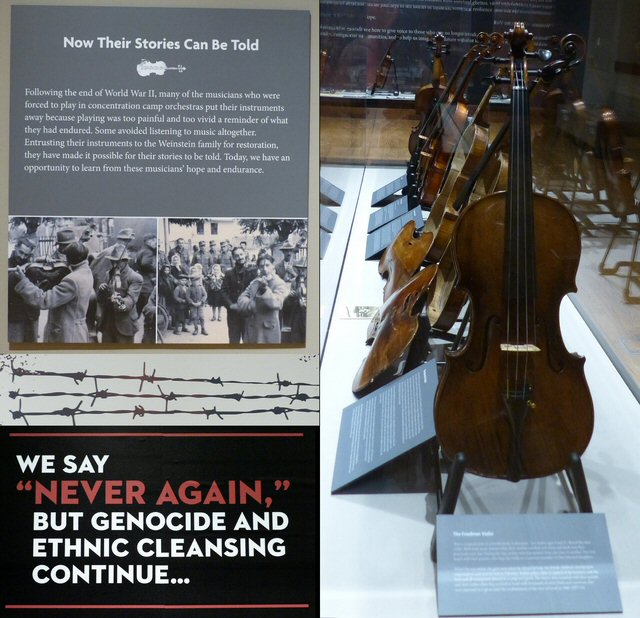 Related Links: For more information on the VIOLINS OF HOPE and the other organizations mentioned please visit the following links — Violins of Hope | Nashville Library | Nashville Symphony