Exhibitionism The Rolling Stones exhibit has arrived in Nashville, Tennessee. The expansive showcase will be at the Musicians Hall of Fame (401 Gay Street) starting March, 29, 2018 and is currently scheduled to stay through June. Exhibitionism spans the band’s 50 plus year history with over 500 items including fashion, instruments and 190 original works of art. Also on site are interactive sound mixing stations, a recording studio, commentary, music, videos and more.

This bold and familiar sign greets Exhibitionism visitors in Nashville.

Even if you prefer the Beatles it may be hard to dispute that the Rolling Stones are the greatest rock and roll band ever. Their longevity alone is a testimony to the title plus the millions of records sold paired with countless world tours along with all the artists that The Stones have inspired. Exhibitionism tells their incredible story though this immersive experience. The first room in the exhibit features electronic time lines of The Stones music and tours. As you can imagine the lists are lengthy. Next is a wall of videos with a looping visual history from their early day all the way through the present. Exhibitionism is packed with memorable such as contracts, hand bills, photos, tour programs and vintage instruments.

A number of the exhibits are full sized including a recording studio along with a recreation of the small (very dirty) flat that The Stones shared when they were a rough and tumble blues band just starting out. A far cry from the luxurious hotels and extravagant live performances that would become their reality. Speaking of large scale shows there were also a number of stage models on display. With roots in the blues some such as Buddy Guy (via video) credit The Stones with introducing white American kids to the traditional black blues by the likes of Muddy Waters. 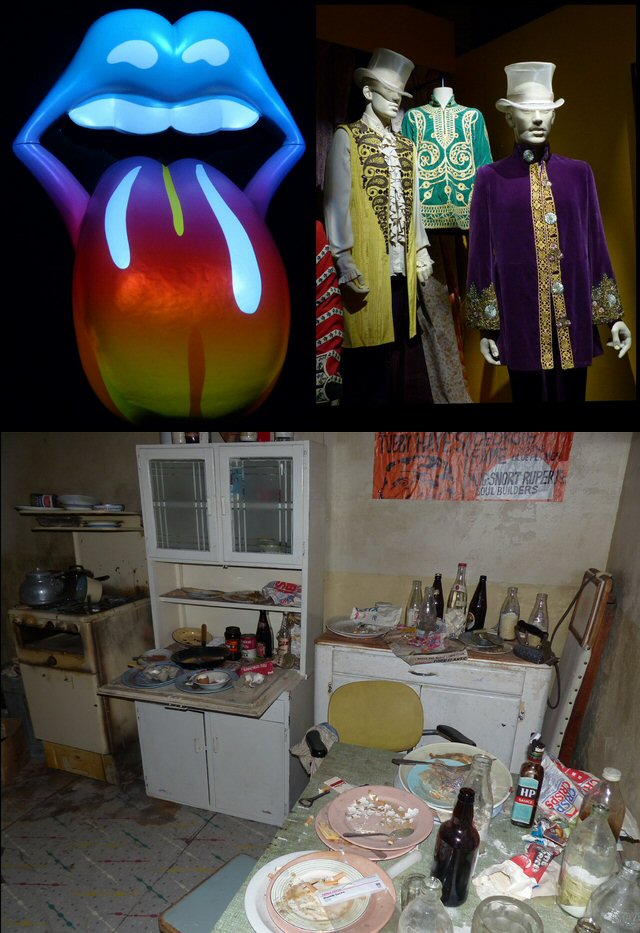 The Stones would become fashion moguls; in their first flat they started out as slobs.

Art and marketing are also a part of the Rolling Stones’ story. Works from Andy Warhol, David Bailey, John Pasche, Walton Ford, Shepard Fairey, Michael Cooper, Christian Piper, Robert Frank and more are featured. John Pasche who designed the iconic “tongue and lip” logo recalled that Mick came to him with a picture of the Hindu goddess Kali which evolved into one of the most recognized symbols of rebellion and sex which encapsulated The Rolling Stones.

In addition to art The Stones were often at the forefront of fashion. In the swinging sixties they could be spotted sporting the colorful clothes of the times. Glam and glitter would find their way into the group’s stage gear as well. In the role of the devil Jagger had a set of suits that on the elevated platform at the museum seemed larger than life. Yet the back stage set shows that it’s not all glamor with its striped down environment for equipment. 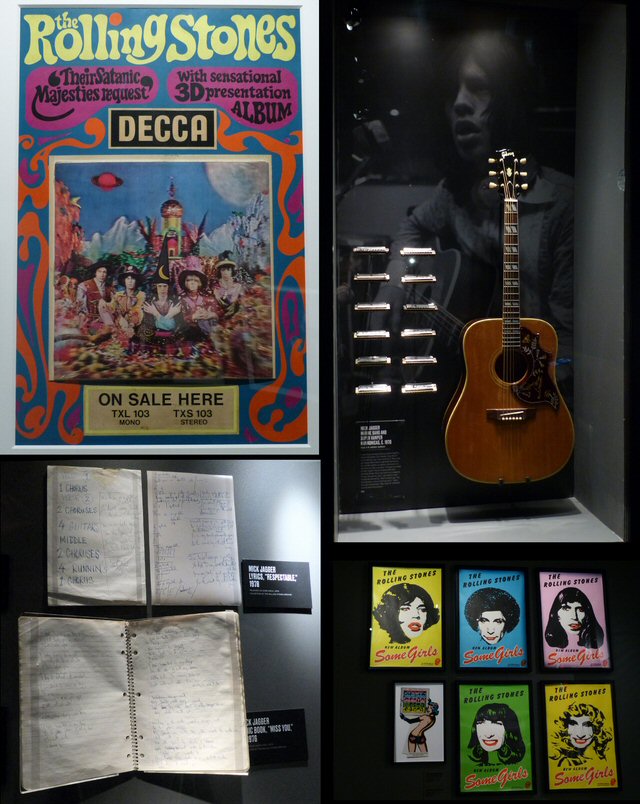 Lots to see on display in Music City.

Exhibitionism gives fans glimpses into the world of the Rolling Stones though album art, backstage and touring paraphernalia, letters, personal diaries and more. This immersive and interactive music exhibition is curated into 9 spectacular thematic galleries, and is the largest touring experience of its kind ever to be staged. It is recommended that you allocate 90 minutes to see it all.

Either before or after enjoying Exhibitionism The Rolling Stones exhibit we recommend also exploring the adjoining Musicians Hall of Fame Museum which honors all musicians and their instruments. The Museum may be in the Capital of Country but it focuses on all genres with exhibits that span the history of American recorded music. It is divided into sections dedicated to different eras intermingled with displays that focus on the artists and their gear. Lesser known sidemen are also given the spotlight in this unique collection which continues to expand. In recent years they have added an interactive Grammy Gallery and they are currently working on spaces dedicated to Johnny Cash and Jimi Hendrix. The Museum is open to the public Monday through Saturday (10-5) and is also available for private parties. 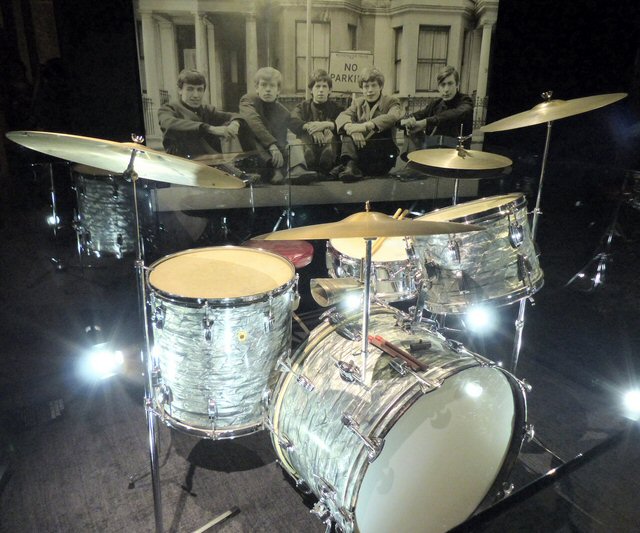 Related Links: For more information on STONES EXHIBITIONISM and the other organizations mentioned please visit the following links — Stones Exhibitionism | Musicians Hall of Fame | M.H.O.F. Grows with the Grammys | M.H.O.F.’s High-Flying Night | At the M.H.O.F.