December 21, 2018 was the last night of Keith & Kristyn Getty’s Sing! An Irish Christmas tour. The sold out show at the Schermerhorn Symphony Center in Nashville, Tennessee was the culmination of their Christmas concerts that on Friday night starred special guests Alison Krauss, Ricky Skaggs, Phil Keaggy and Scott Mulvahill.

Ireland’s Keith & Kristyn Getty celebrated Christmas with their seventh annual run of Sing! An Irish Christmaswhich was presented at Carnegie Hall, The Kennedy Center and more. The Gettys were joined by their band of instrumentalists, fusing Americana, bluegrass, Celtic, choir, classical and dance with the stars aligning at the last gig in Nashville.

The Symphony was decorated for the holidays. In addition to the band Keith & Kristyn were supported by a sizable chorus. Lighting and videos were used effectively throughout this polished production but most importantly was the passion of the message and the music. The Village Festival was a cheerful gathering for the cast to present creative spins on Christmas classics including an energized and experimental version of “God Rest Ye Merry Gentlemen”. 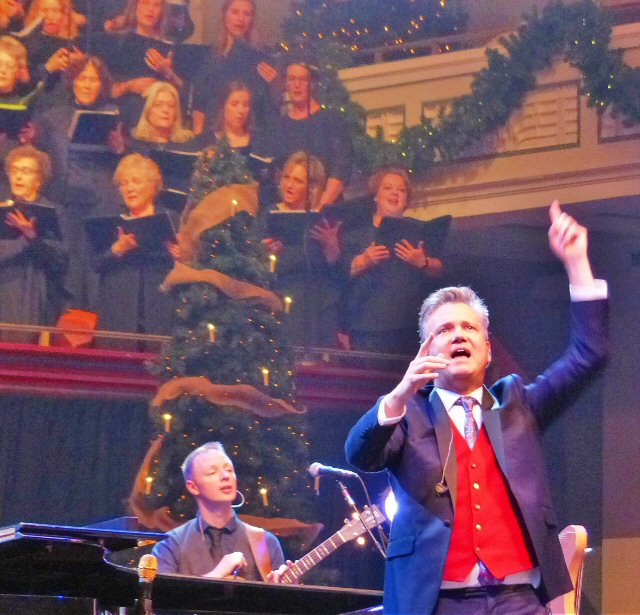 Keith Getty served as conductor during portions of the show.

Stand-up bass player Scott Mulvahill took us on a spirited “Sleigh Ride” packed with riveting solos that traveled into an island flavored “Little Drummer Boy” before circling back to the song he started with. Kristyn shared her inspired take on Psalm 23. Guest Ricky Skaggs brought the bluegrass to the hymns while Alison Krauss added an additional heavenly voice to “The Wexford Carol”. She would return later in the show for “In Christ Alone”. Guitarist Phil Keaggy gave a music history lesson as the intro to “Silent Night”. The choir and the crowd all sang “Hark! The Herald Angels Sing” that was further enhanced with Irish dance and instrumentation.

The theme of the second half of the show was The Village Carol Service. The choir melding with the organ added a majestic element to “Once in Royal David’s City”. Phil gently strummed the guitar as the promise of Christ was proclaimed as a lead into “O Come, O Come Emmanuel”. The next lesson focused on the coming of Christ followed by more tasteful takes on traditional carols.

During further scripture reading it was revealed that each of the four gospels presented Christ in different lights. Mark told of the servant who was also a king. Luke the only gentile writer of the group stated Jesus was the Savior of the world. Matthew the tax collector listed the genealogy of Jesus as John declared in the beginning yet each witness came to the same conclusion that Christ is Lord and what God has done is good news. “My Dwelling Place (Psalm 91)” powerfully punctuated the previous points. The closing numbers included a truly jubilant version of “Joy to the World”. 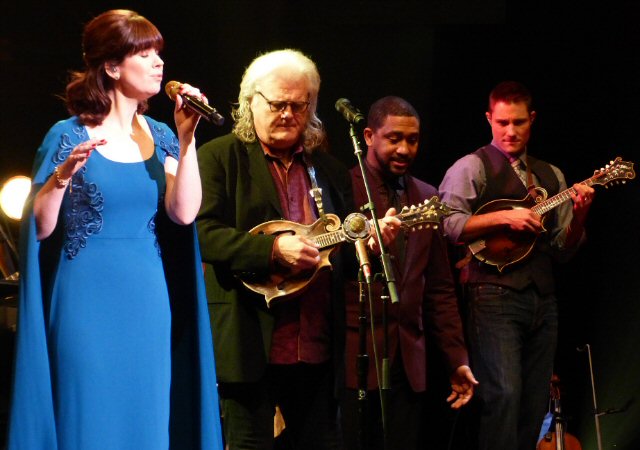 Kristyn Getty and Ricky Skaggs at the Schermerhorn Symphony Center.

Sing! An Irish Christmas seamlessly fused diverse musical styles in a presentation that was animated and anointed. Keith & Kristyn truly have a gift of combining classic and contemporary tones. Their covers along with their originals are Christ centered and compelling. However, a production of this caliber takes a team and Keith made it a point during the show to thank the crew, musicians and other staff members along with one of their big sponsors Christian Healthcare Ministries. CHM carries out the command of Galatians 6:2 “carry each other’s burdens, and in this way you will fulfill the law of Christ”. This organization is not an insurance company but a ministry in which Christians help themselves and other Christians with medial expenses. In addition to funding this faith based business provides spiritual support for its members.

Keith & Kristyn first collaborated as a married couple in 2004 when they wrote a Christmas song centered on John 1. Since then, they have composed carols for the church as their centerpiece to share the message of Christ and Irish culture. In addition to holiday hymns the Gettys have re-invented and popularized traditional music that teaches Christian doctrine as it crosses musical genres.

In addition to Sing! An Irish Christmas the pair has founded Getty Music to manage their ever growing catalogue. It has evolved into an organization committed to the creation and development of Christian music for the modern church that emphasizes artistry, theology along with congregational and family singing. As an extension of this ministry they have conceived Sing! summits that focus on teaching and interactions featuring the Gettys and friends during the day followed by evening concerts with city-wide choirs from dozens of local churches. 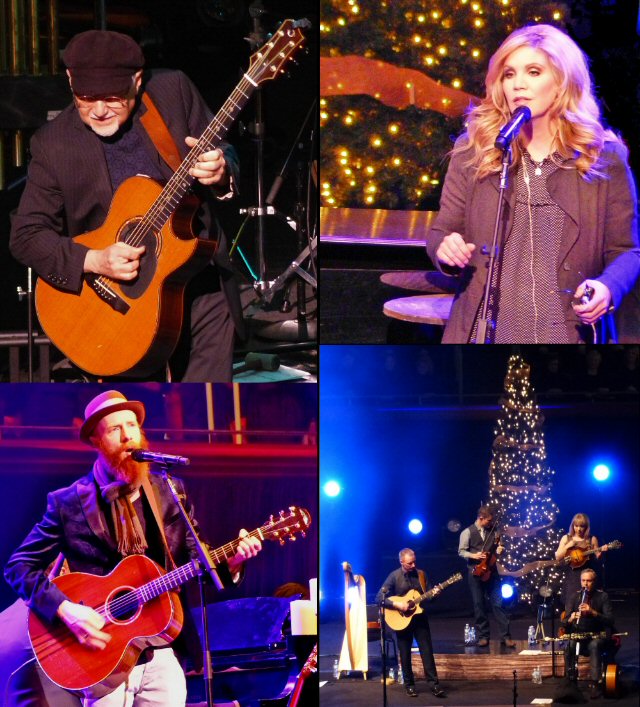 In 2019, the Gettys will return to Nashville for Sing! The Life Of Christ. This worship conference will be held at the Gaylord Opryland Resort and other locations in Music City August 19-21. The event will have 7 plenary sessions and over 50 breakouts. The Getty Music Worship Conference – Sing! exists to assist leaders, musicians and pastors in building a Biblical understanding and creative vision for congregational singing in their churches. Sing! brings together artists and speakers from many traditions to encourage a deeper, more dynamic view of music and theology.

The elegantly appointed Schermerhorn Symphony Center in downtown Nashville continues to host a diverse selection of shows such as Sing! An Irish Christmas. Events in January 2019 reflect that it is not just the home for classical music but the Cosmos, a Scavenger Hunt, Renee Elise Goldsberry, Let Freedom Sing and Distant Worlds.