Russ & Friends Weekend Kickoff is a songwriter’s round held at Belcourt Taps in Nashville, Tennessee every Friday night. The showcase is streamed on Facebook Live which means it reaches a worldwide audience. Also, WFMC Jams re-broadcasts the show. The popular pub is a draw for established and emerging artists allowing Russ & Friends to feature hit makers alongside hopefuls. 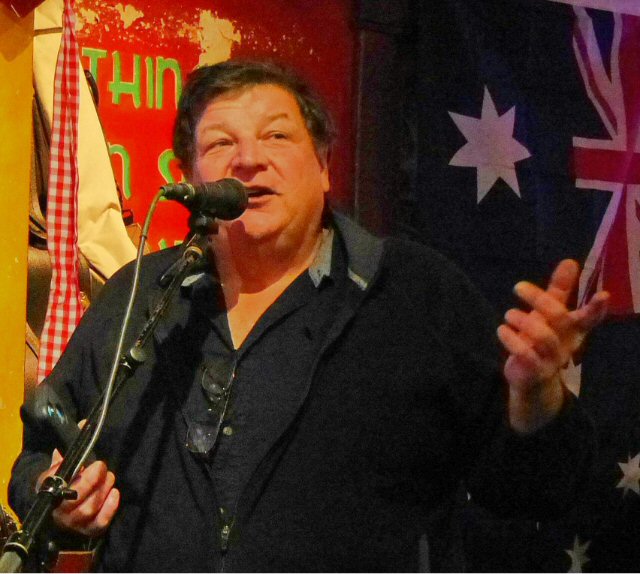 Russ Lacasse serves in the role of host as well as performer. Starting promptly at five p.m. on December 14, 2018, Russ gave a shout out to Belcourt Taps while welcoming 50 countries to the Music City event. Lacasse puts a different spin on the typical Nashville rounds by showcasing 3 artists who play 4 songs each. He also invites Randy Barnette a well-respected guitarist to add accompaniment to each act. Barnette is a skilled player who has to react in the moment as he just like the audience is hearing the material for the first time.

The opening slot starred Brandon Lee Casey Brindley, Javelyn Jav on keys and Will Dakota who is from North Dakota. Each performed impressive, original material. Highlights included a winning drinking song from Brandon entitled “Johnny, Jack & James.” A truthful holiday tune by Will about re-gifting struck a chord with a FB listener who inquired if they could perform the track with credit going to the writers. Javelyn also shared a song inspired by the season that addressed loneliness and the need for love.

Javelyn from Los Angeles made her Nashville debut.

The 6-7 p.m. part of the program featured Bill Roemer, Isaac Slutzky and Russ Lacasse. Like the previous trio these artists were proficient on their instruments as they imparted insightful stories that were engaging and punctuated by Randy’s fine fret work. As emcee, Lacasse mentioned that Russ & Friends Weekend Kickoff is already past 30 weeks so it is a well-established event that gives newcomers a good opportunity to collaborate, network and be heard while more established artists may discover someone to co-write with. 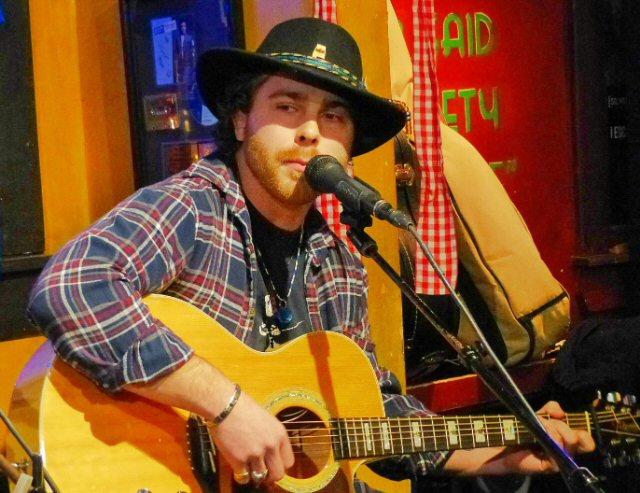 Russ & Friends Weekend Kickoff showcased a wide range of talent on the 14th with plenty more to come in the future. Yet, skills abound at Belcourt Taps. Waiter Kiernan McMullan was called upon to take a break from his duty keeping the patrons happy to take the stage. Kiernan like those who proceeded him was a proficient performer who presented a number of personal and potent songs about life and relationships. When we looked up McMullan on the web we found out that over the past 11 years, Kiernan has shared the stage with Ed Sheeran, Mat Kearney, Dave Mason, John Butler Trio, and many more. This songwriter averages 200 shows per year and was named one of Alternative Press Magazine’s “12 Bands You Need To Know” for 2016. 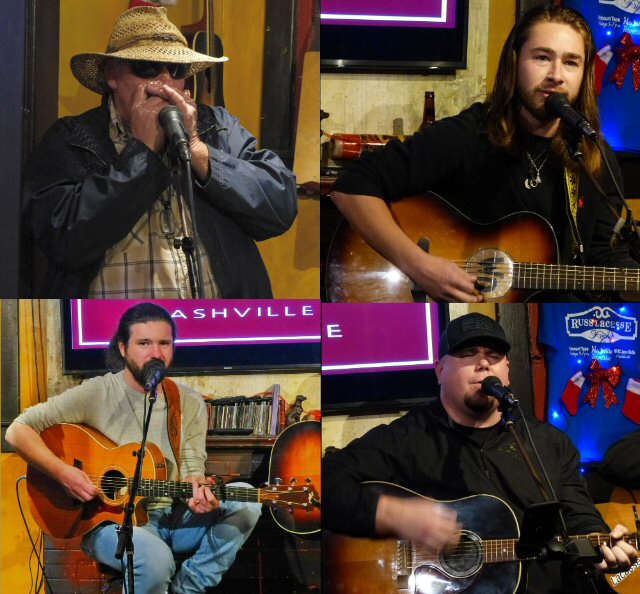 Belcourt Taps (2117 Belcourt Ave.) is located in the growing Hillsboro Village section of Nashville. The trendy tavern has a fine offering of drinks, food and music. Their diverse menu features a wide selection of local brews paired with a firm commitment to booking some of the best songwriters in Music City thus guaranteeing a great time for both locals and visitors. Showcases such as Russ & Friends Weekend Kickoff is a prime example of the quality artists that have performed at Belcourt Taps. 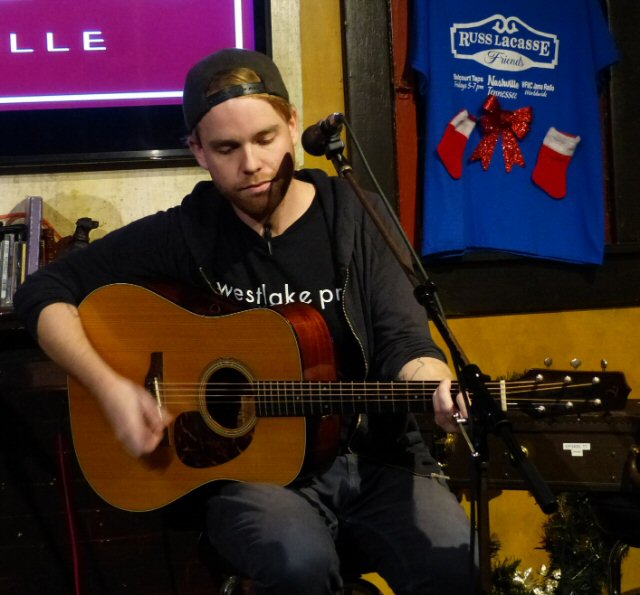 Kiernan McMullan – even the waiters are world class talent in this town.