When Buddy Guy and Quinn Sullivan took the stage at the Schermerhorn Symphony Center in Nashville, Tennessee on August 27, 2017 the two musicians were a bit of an unlikely pairing even as they both carried a torch for guitar based blues. By the end of the evening’s concert it was clear that a torch was being passed as well. 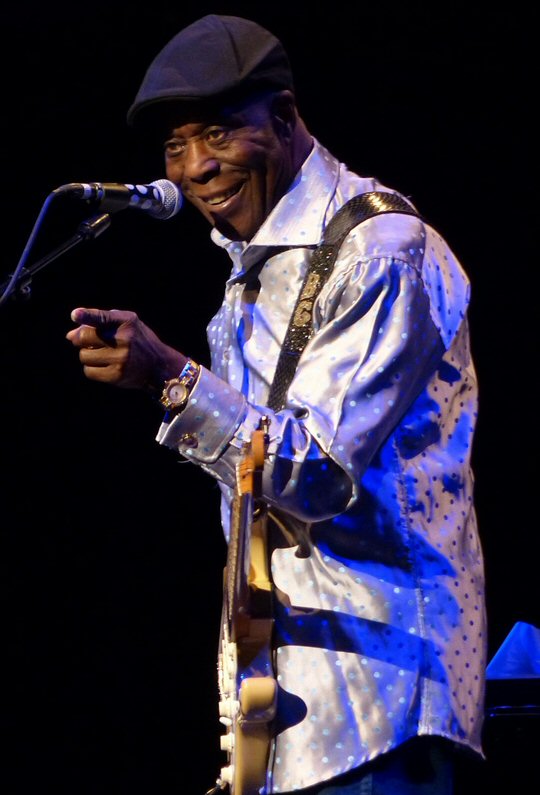 Damn right Buddy Guy still got the blues in Nashville.

Quinn Sullivan is an 18-year old young-gun phenom hailing from Massachusetts better known for pilgrim crossings than soul trading meetings at the crossroads. Still, it was in this state over a decade ago when Mr. Buddy Guy got a tip to the talents of a then aged seven Sullivan and invited him on stage during a concert at the Zeiterion Theater in his New Bedford hometown. The rest – as they say – is history. The memorable night began a mentor/protégé relationship between the two players that continues to this day.

As remarkable as this arrangement may seem it’s not unprecendented. Joe Bonamassa benefited from an interest that B.B. King took in him as a young man. Stevie Ray Vaugahn was a family friend of Kenny Wayne Shepherd’s father and that connection paid some dividends for the young blonde locked Louisianan. So, Quinn is Buddy’s guy.

The 81 years young Buddy Guy also hails from Louisana and he began his career playing in bands in Baton Rouge before relocating to Illinois in 1957 to become one of the greats associated with the Chicago blues style. Guy was ranked 30th in Rolling Stone magazine’s “100 Greatest Guitarists of All Time” and he has strongly influenced an impressive list of legends including Jimi Hendrix, Eric Clapton, Jimmy Page, Keith Richards, Jeff Beck and beyond. So, it was via these two widely divergent paths that Buddy and Quinn wound up on stage in Music City in 2017.

Quinn kicked off the guitar heavy show with “Lifting Off” before announcing that this was his first time playing in Nashville. However, his discography to date has been recorded here so the Mid-Tenn locale was not unfamiliar territory to him. He proceeded to quickly win over the near sell-out crowd with his smooth and smoldering approach to guitar while showcasing several new tunes from his latest album, Midnight Highway.

Quinn’s opening slot at the Buddy Guy concert was a combination of covers and originals including Sullivan’s catchy “She Gets Me”. Quinn made a point of working the stage and chatting to the crowd – techniques he has likely picked up from Buddy. Sullivan’s tributes to guitar greats such as Clapton and Hendrix allowed Quinn to strut his stuff while jamming with the band. Sullivan closed with a lavish version of Eric’s “Let It Rain” which should have pleased his mentor who later shared that when he first introduced Quinn to Clapton the response from the one they call “god” was “what is that” and Guy said “you’ll see”. It was a significant moment for Buddy’s young protégé to impress another one of his influences.

Buddy Guy was in fine form in Nashville as he opened his set with his anthem “Damn Right I’ve Got the Blues”. The night found him taking an excursion up and down the long aisles of the Schermerhorn during the racy “Someone Else Is Steppin’ In (Slippin’ Out, Slippin’ In)” stopping long enough for fans to slip in a selfie or two as he made his way back to the stage accompanied by a large body guard. Guy also explained the origin of his trademark “polka dots”. He had promised his mother a dotted Cadillac but wasn’t able to fulfill it for her while she was alive – so he adopted the looked in his stage fashion. Guy’s work this night concluded with the timely songs “Skin Deep” and “Feels Like Rain” that he played with Houston in mind.

Buddy Guy was in a smilin’ and smokin’ mood in Nashville.

A large portion of Guy’s presentation was a dedication and an homage to many of his friends and associates who influenced him along the way. Snippets and longer parts of songs by many of the Chicago and southern legends including Eddie Boyd, Sonny Boy Williamson, Willie Dixon, John Lee Hooker, Muddy Waters, Junior Wells and Johnnie Taylor helped trace the history of the blues in the country music capitol of the world.

But, the show wasn’t over. Buddy invited his buddy Quinn back for the encore and proceeded to put him through the paces to prove his protégé was up to the task, time and effort that Guy has invested in him. You want some more Clapton in the form of Cream – check. Some more Hendrix – check. Santana? Check. Sullivan at the bandleader’s command ripped through all of these six-string heroes with skill and precision before finishing off the show with the band he shares with Buddy Guy as the master exited stage right to a standing ovation.

The Schermerhorn Symphony Center is a beautifully appointed venue with excellent acoustics. It is home to the acclaimed Nashville Symphony. The Schermerhorn schedule is packed with classical concerts but the hall also features plenty of other types of music including the blues. Upcoming shows include Firebird, Winger & Watts, Stories & Songs, Rhiannon Giddens, Trey Anastasio and Kenny Loggins. 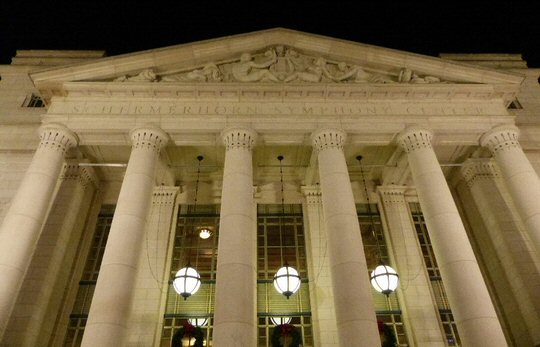