On Tuesday, February 06, 2018 the team from MCN had the pleasure of witnessing a showcase for the Country Radio Seminar hosted by Nashville’s nascent upstart Bar Frog Music who have prominently jumped into the spotlight during their first full year of operation in Music City. We took a few minutes to talk with the founding “frog father” Randy Barber – the visionary and driving force behind this operation that is adeptly sending artist after artist leaping up the industry charts.

MCN: Bar Frog Music is on the rise in Nashville, Tennessee. I know you have your hands in artist development, publicity and radio promotion. What exactly do you do? Are you a full-fledged label group or is that in the plans?

RB: I guess the technical answer is that we are a label services company. We basically offer all the services of a record label but on more of an a la carte basis. We realize that every artist is unique and we try to custom build a plan that works for them in order to help them achieve success. The more simplified version is that we help artists connect the dots. We do everything from Artist Management, Music Production, Social Media Campaigns, Digital Marketing, Publicity to Radio Promotion.

Absolutely, one of our main goals is to grow to the point where we can become a Full Service Label Group. We have had tremendous success in our first full year of operation. We have built a team of seasoned professionals that are really making a difference for our artists. We are way ahead of schedule in achieving the goals that we set for ourselves.

MCN: From my interaction and observation of the Bar Frog Music roster you run the gamut. You’ve got a great pool of young talent, both male and female, and others with a little more miles on them like your most recent acquisition – the rockin’ Rick Monroe – a man described at your recent CRS showcase as an artist who literally put 100,000 miles on the odometer this year touring the world. So what characteristics and qualities do you look for in a person and performer before asking a prospective client to sign with you?

RB: First and foremost, we are dedicated to maintaining a roster of artists of the highest character and integrity. We feel that not only do we represent our artists, but also they represent us. We never want to have an artist that we have to apologize for, but rather want to work with the ones who exemplify our values. The kind that we are proud to be associated with.

We are blessed to work with some of the best talent in the industry, so we feel it is important that any artist we bring on must demonstrate the same quality level in regards to ability and skill. We would put our roster up against any grouping of artists at any label, major or independent.

We feel that we are stronger together than we are apart, so the final piece of the puzzle for us is that any potential team members fit into the sense of family and camaraderie that we have developed… #FROGFAMILY 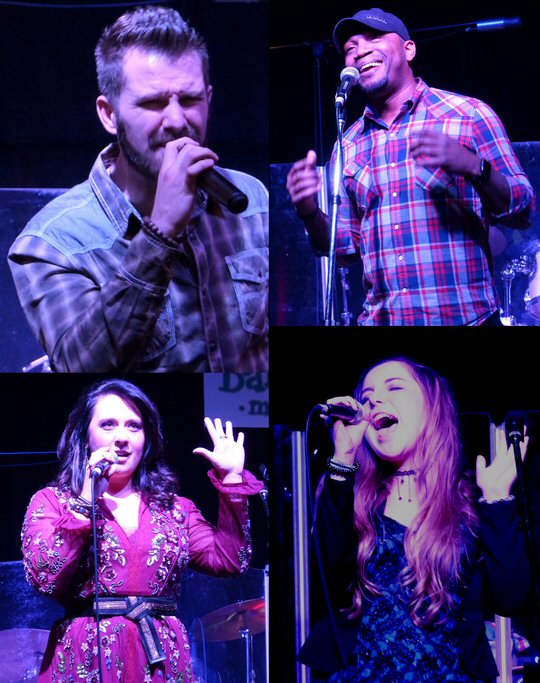 MCN: With the shocking news this week of the continuing demise of the CD what impact does the declining marketplace have on your overall vision and business plan?

RB: Actually, this comes as no surprise to us. We make every effort to try and “See Around The Corner” to anticipate what is coming in the future of the music business. We have created an alliance with our marketing partner, DareDevil Productions. Under the leadership of Johnny Dwinell, they are bringing the idea of permission marketing to the music industry. We believe the music business will shake out like every other one has since the invention of the internet, where the creators of the product will eventually do business directly with the end user. We believe that the lifetime value of a customer is far greater than the 99 cent download or $9.99 CD that historically the music industry has tried to go after.

MCN: It seems we are finally in the post “bro country” era but the definition of what is country music keeps evolving. It is not uncommon to see genre mashing and crossover elements of dance, hip hop and pop making its way into the modern form of the music. We saw Big & Rich live in 2016 and they sounded at times more like AC/DC than anything else. So for you, what is your criteria for an act to be considered “country music” in 2018?

RB: I am reminded of the old Travis Tritt song called, “Country Ain’t Country No More”… but the reality is that music is constantly changing and evolving… and thankfully so. While artists like Taylor Swift and Florida Georgia Line may not be at the time what people thought of as “Country” music, they were successful in bringing new fans to the genre.

For a long time the delivery method for the drug that we call “Music” was the radio but now we are in a climate where we are exposed to new sounds and artists through the internet. This has brought about a blurring of the lines between genres.

Instead of focusing on maintaining a traditional Country sound, we look for Artists with genuine, authentic, from the heart music. If we find an artist that is real and relatable, we believe we can help them find an audience. 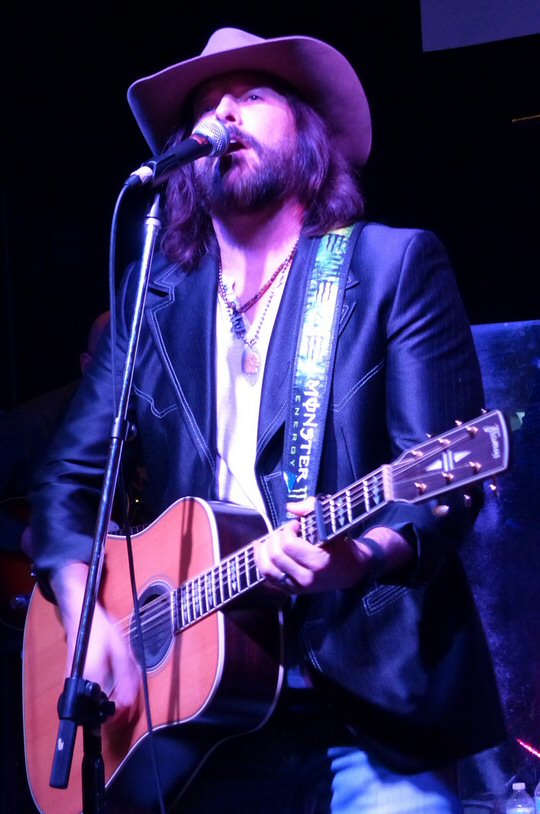 MCN: Bar Frog Music held a very successful showcase on February 06, 2018 at The Studio in Nashville as part of this year’s CRS (Country Radio Seminar) activities. It was a packed house. The complimentary food and drinks and high quality performances were a big hit. Where does this event stack up in Bar Frog’s history so far. Was it your biggest undertaking to date?

RB: Since our launch approximately a year ago, we have been worked hard to gain awareness in the marketplace. We have been able to help our artists grow and have achieved some exciting milestones. One thing that I am very proud of is that every song that we released to radio in 2017 reached #45 or better on the MusicRow Country Breakout Chart, and actually had 4 songs in the Top 40 at one time. The only other companies that can claim this are major labels.

But by far the biggest undertaking and biggest success that we experienced this year is that we have built and developed a team that is second to none in the industry. They have bought into the vision of being THE place for independent artists in today’s musical climate. I am so proud of every last one of our artists and team members and we are challenging ourselves to have an even bigger 2018.

AT THE SHOW: The two hour and thirty minute event held on a particularly rainy night (sorry, Gordon and Reagan, we needed our umbrella) went off mainly without a hitch but was slightly delayed as it took busses from the downtown Omni Hotel – home of the 2018 CRS – a bit to arrive while driving up the always challenging Charlotte Avenue at rush hour.

Once there, however, attendees walked the “green carpet” and were then greeted by ample supplies of gourmet food truck pizza, wine, whiskey and tasty hops from the evening’s sponsor – Steel Barrel Beer – who happen to be the region’s newest brewery. Standout performances from stars on the roster and friends of the company included Amber Hayes, Bailey James, Mark Bray, Nick Hickman, Rick Monroe, Smith & Wesley, Tony Jackson, and Williams Honor – who held the honor of being Bar Frog’s highest charting act of the year reaching #27 with their “No Umbrella”. 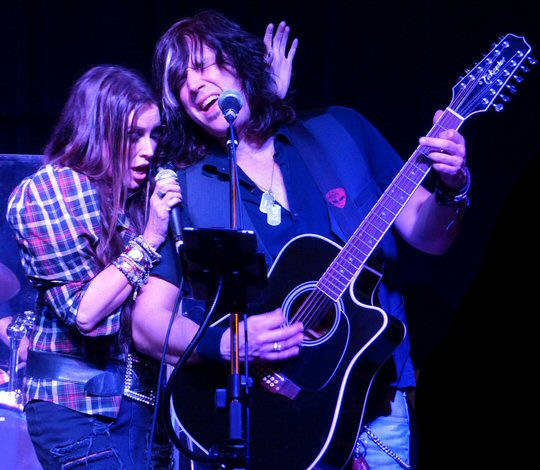