If hiking hundreds of feet below ground as countless tons of earth and rock are perilously perched above your head isn’t scary enough for you – well, the creators of Cave City, Kentucky’s newest roadside attraction hope to haunt the hell out of you with their well run Raven’s Cross Haunted Village that is now open in Barren County through the first weekend of November 2016. 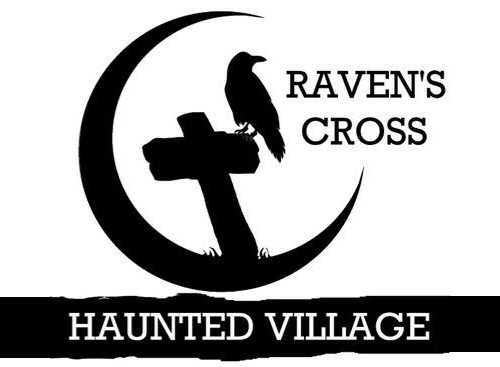 The team from MusicCityNashville.net headed north out of Nashville on I-65 with Mammoth Cave National Park set as the destination in our GPS. This popular point of interest is known as the longest cave system in the world. Originally established in 1941 it became a World Heritage Site in 1981 and an international Biosphere Reserve in 1990. The unique underground odyssey draws more than 2 million visitors annually with nearly one quarter of them taking a cave tour deep underground.

On the way to the park you can’t help but become enamored with the many quaint and rustic tourist traps set up in Cave City on the four mile trek to its northern-most entrance. Many of them sell locally mined geodes and gemstones in addition to the obligatory Southern-themed chachkies. One particular shop even sold bourbon-infused fudge!

Another establishment that caught our eye was the newly renovated haunted house lovingly and wretchedly restored by proprietors Brian and Debbie Thorpe on the site of the long-defunct Huckleberry Hill Village that is now known as the Raven’s Cross Haunted Village.

The Thorpes have been searching far and wide for the perfect property to present their terrifying vision for the throngs of tourists that visit the region year-round. They hail from Alabama and have spent every weekend since the spring transforming the parcel into the haunt that it is today. Brian and Debbie share their spooky passion and have held popular haunted theme nights at their home that has attracted hundreds of guests every year. So, they figured why not go all out before they give up the ghost and make the fright a full time venture.

The idea behind the 2016 theme was to take visitor’s back in time to thirtheenth century Europe as it was being ravaged by the plague. Needless to say there was images of death and suffering everywhere. Shortly after encountering a butcher who was slicing up some unfortunate corpses a figure of death appeared – although this one was a strange bird-alien hybrid who stalked us as we made our way through the dark corridors of the attraction.

Raven’s Cross Haunted Village will operate in the fall this year and expand in the future to have days of operation to Memorial Day, Fourth of July and Labor Day weekends. From there the Thorpes plan to make scaring the annual throngs of visitors to Cave City a year long venture and that sounds good to local officials.

“We are always excited about new businesses and new opportunities and that type of thing,” said Cave City Mayor Dwayne Hatcher.

Raven’s Cross Haunted Village will be open every Friday and Saturday night through October and Sun. & Mon., Oct. 30 & 31st for Halloween. They will also continue their operations on November 4th & 5th for the Hatfield & McCoy Hillbilly Hoedown and Car Show being held at the old Wax Museum. Raven’s Cross Haunted Village is next to the old Wax Museum, 901 Mammoth Cave Road, Cave City, KY.

Another frightening prospect is that anywhere in the region of the porous Kentucky countryside could cave in on you at anytime as the local geology is not surprisingly prone to sinkholes. We learned of the possibility first hand when we visited the Corvette Museum in Bowling Green on the way up the highway. In 2014, the floor of their marquee Skydome gave way and swallowed up several prize vehicles. The proprietors didn’t miss a beat and invited visitors to come see their new addition. They turned lemons into lemonade and posted a record number of visitors in the weeks following the great Corvette Cave In. 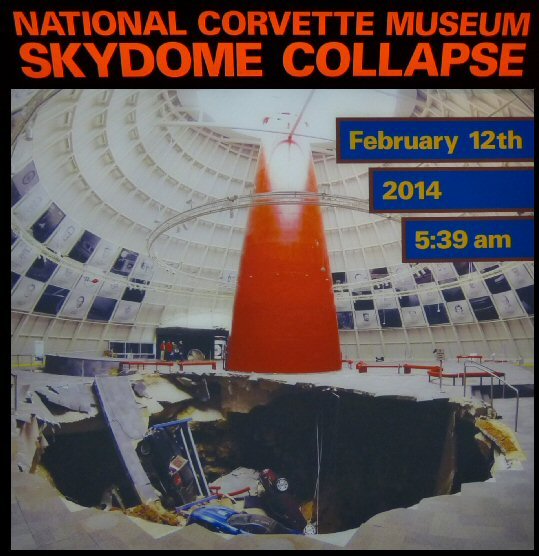