They call it part history, part sport and all 1864 Base Ball. It’s been on our “to do” list for quite some time and on a beatiful Sunday afternoon, May 06, 2018 we went way back in time to take in our first Tennessee Association of Vintage Base Ball game held on the grounds of the Andrew Jackson’s Hermitage. 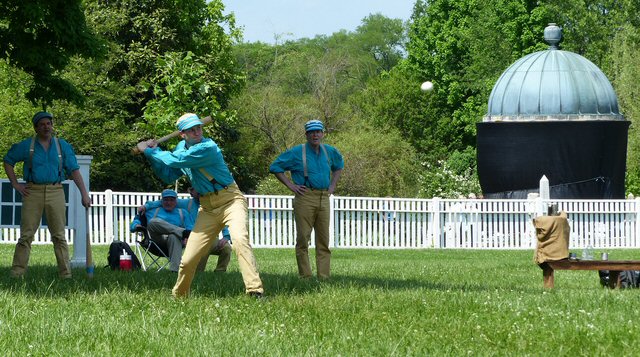 Cumberland is at bat as the grave of Andrew Jackson looks on.

The only black mark on the day was the darkened and draped grave site of the nation’s seventh president that had recently been shamefully vandalized. It was a prominent site on the third base side of the makeshift old school ball field. What wasn’t prominent was any sign of gloves as the players played the field barehanded to reenact the early days of America’s favorite past time.

This day’s contest went the distance as the Quicksteps Club of Spring Hill narrowly defeated the Cumberland Club of Nashville in a hotly contested match by a score of 8-7. In their sixth season of play the growing league now features 12 teams playing a 12 game regular season in 10 different historic venues across the great state of Tennessee. The campaign will culminate with a Sulphur Dell Championship Tournament held at the Rippavilla Plantation in Spring Hill on September 8th and 9th. 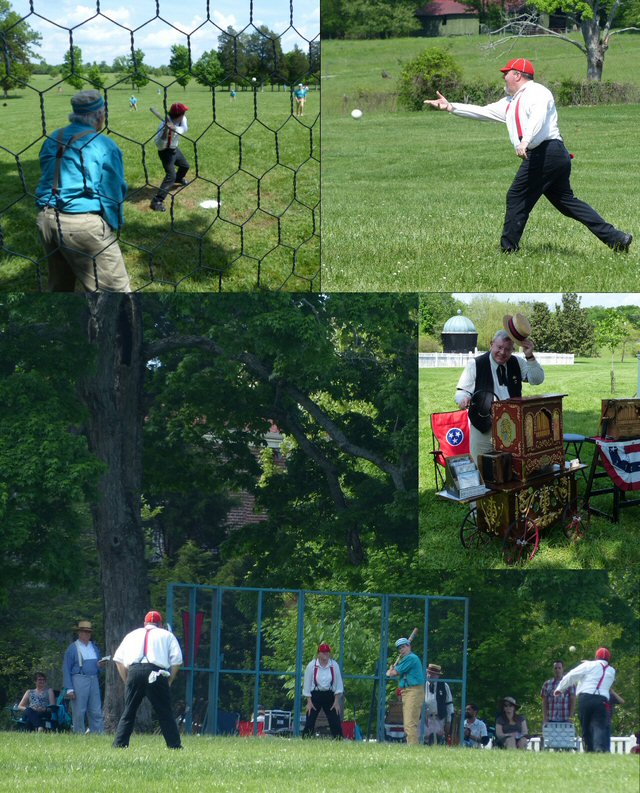 More scenes from the intriguing and scintillating game on historic grounds.

The game was thrilling to watch and was an educational journey back in time that provided insight into the evolution of the sport. Pitchers delivered the ball underhanded. There were no balls or strikes. Fielders could record an out if they were able to scoop up the ball on one bounce. All of the days participants were available to answers questions “the throng” might have regarding some of the quirky expressions from the sport’s early days.

The Hermitage provided the perfect atmosphere for the day’s two contests that saw its fair share of “bug bruisers” set in motion the day’s “muckles”. We saw many ballists gobble the huckleberry throughout the afternoon. Want to know more about these strange terms? Then check the extensive schedule, come on out and take in the fun. But, don’t be caught napping. Make sure to catch a match soon or this season will be history before you know it. 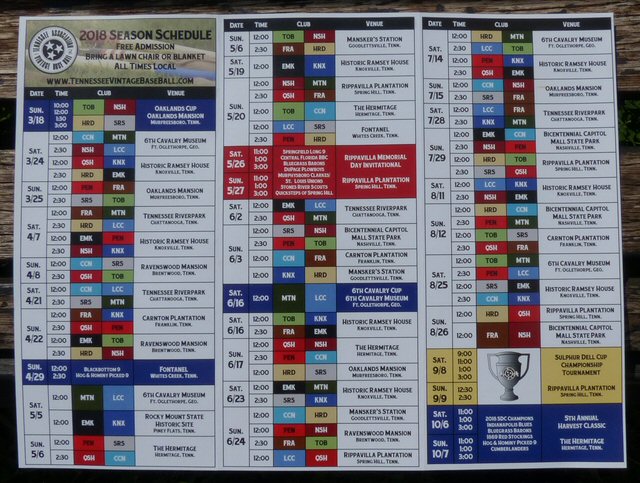 The vintage league features a full modern schedule of fun for fans of all ages.