The Blue Raiders Football Squad beat the Charlotte 49ers on October 20, 2018 in celebration of homecoming weekend. The final score was 21 to 13. Blue Raider Football is one of many athletic programs available at Middle Tennessee State University (MTSU). The team plays at Johnny “Red” Floyd Stadium which is centrally located in Murfreesboro, Tennessee. The field is assessable to both the college and local communities plus there are plenty of hotels, restaurants and parking in close proximity to the action. 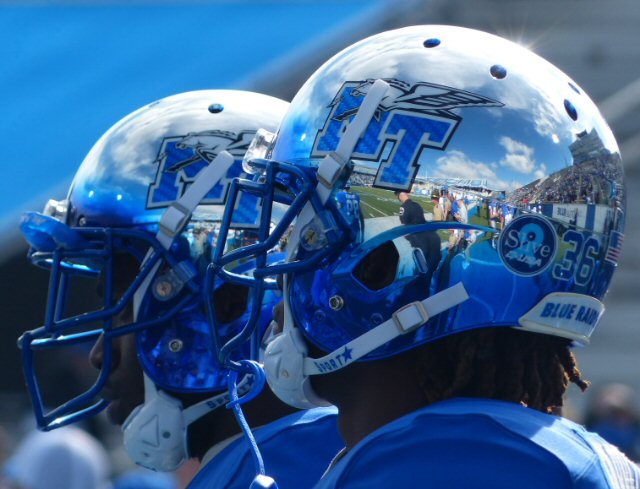 The pride of Murfreesboro take the field once again.

The Mission Statement of MTSU’s Athletic Programs for both men and woman is to “promote excellence in athletics and (to) provide academic and athletic opportunities for every student-athlete, the university, and the community. Building on tradition, the program advances the university’s regional and national stature and creates opportunities for innovative partnerships throughout the region. Middle Tennessee State University continually works to maximize human, financial and physical resources to create and heighten the quality of its sports programs.” 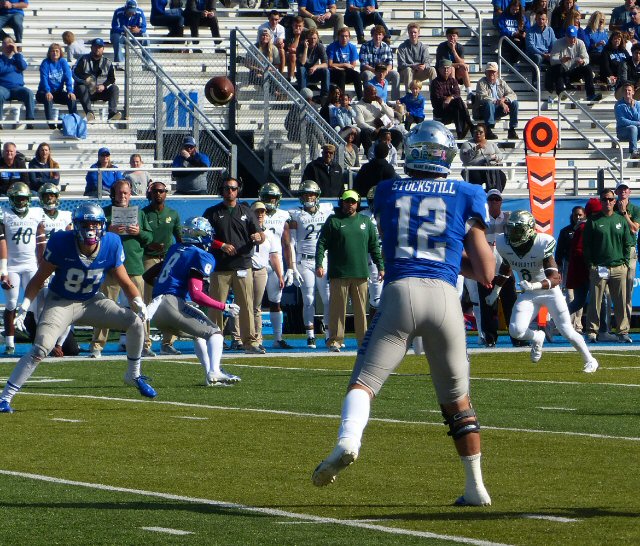 The Blue Raiders on offense!

The College was founded in 1911. The campus is 466 acres with over 100 structures geared towards higher education. MTSU President Sidney A. McPhee states that “with an enrollment of more than 22,000 students, Middle Tennessee State University is the No. 1 choice for our state’s transfer students, the No. 1 provider of graduates to the Greater Nashville economy and the No. 1 choice of adults (ages 25 and up) seeking a four-year degree. We have been recognized nationally for our Quest for Student Success, our University-wide priority to help our students persist and graduate. Our University is also honored to be the home of the Charlie and Hazel Daniels Veterans and Military Family Center, the largest support facility of its kind in Tennessee.” 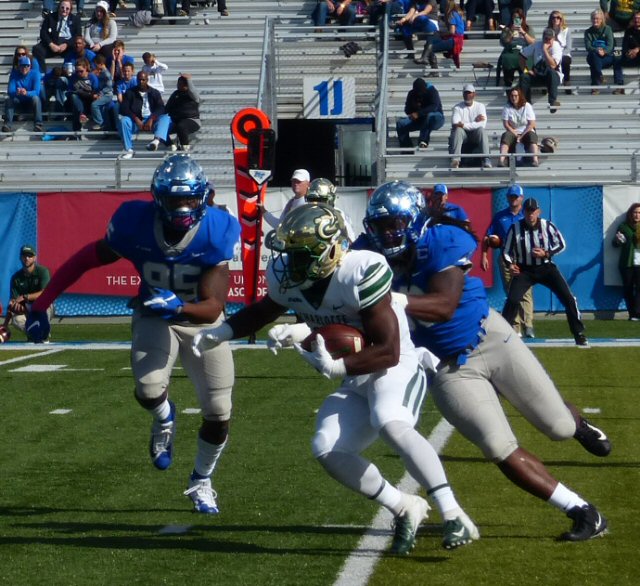 The Blue Raiders on defense!

MTSU is in the hub of yet another growing city in Middle Tennessee but on the 20th it was all about football on this pleasant fall afternoon. Prior to the 2 pm start some fans clad in blue and white were tailgating while others were in the stadium to hear the Band of Blue which is a sizable group of musicians. In addition to the band the Blue Raiders have cheering and dance squads as well as Lightening their blue horse mascot.

The first quarter of the homecoming game did not look promising for the boys in blue. During their first two drives they were unable to advance much beyond the 25 yard line. Both teams seemed to be crawling down the field. Charlotte did manage to score a touchdown but missed the extra point. 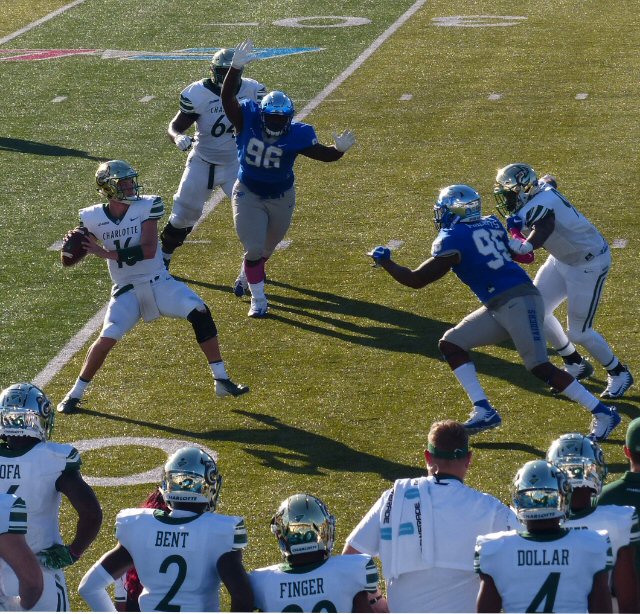 Shutting down the Charlotte comeback attempt.

Finally Blue Raider fans were treated to a burst of fireworks when their team scored two touch downs complete with the extra points to end the second half 14 to 6. The Band of Blue took the field as flags waved. During the half time show 2018’s Homecoming King and Queen were crowned. Neither team scored in the 3rd quarter but during the 4th MTSU intercepted the ball leading to a touchdown with succesful P.A.T. Late in the game the 49ers scored a touchdown but not the 2 point conversion thus insuring a Blue Raider victory.

The Blue Raiders are part of the NCAA and C-USA East while MTSU is a source of higher education and entertainment for both in and out of state students and visitors. Their various sports teams have internships, kids programs, special promotions and more. As with any university, MTSU provides jobs both in and around the college campus as it prepares graduates for a bright, blue future. 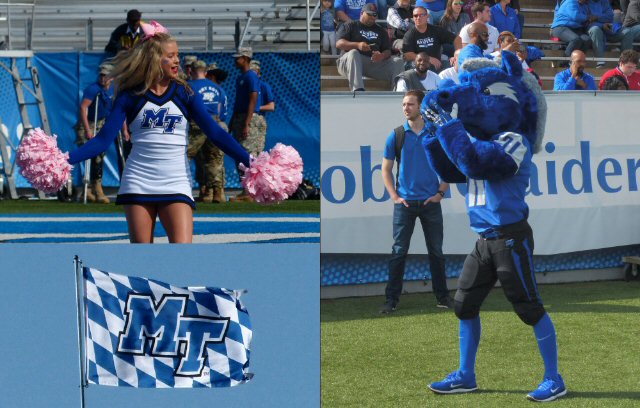 MTSU fans had a lot to cheer for this week.

Related Links: For more information on the BLUE RAIDERS and the other organizations mentioned please visit the following links — GoBlueRaiders.com | MTSU.edu