In 1925, the Grand Ole Opry started off as a simple broadcast. Back in those days, its audience was limited by how far the Opry’s radio waves would reach but today with the Internet the longest running radio show is a world-wide phenomenon. Those early live concerts projected over the airwaves were a major source of entertainment especially in rural communities before the days of television. For some listeners the broadcast sparked dreams of performing at the Opry and a percentage of those fans became the future stars of the show. 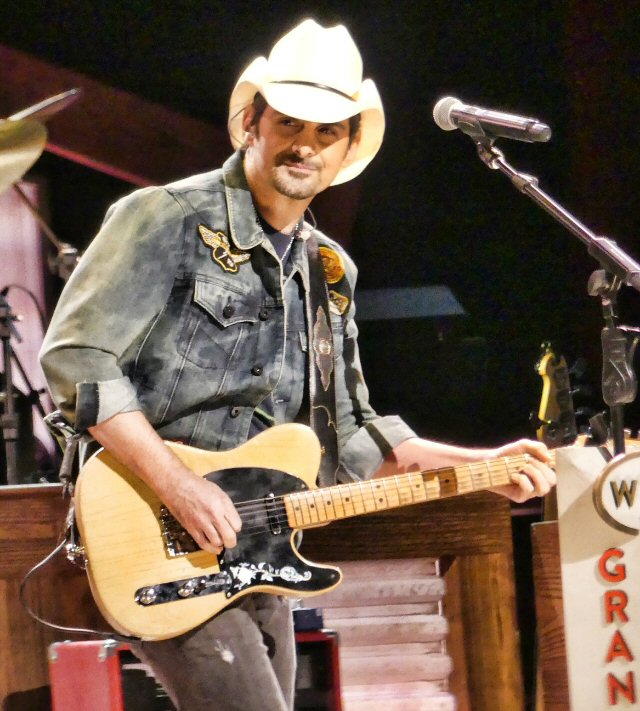 Superstar Brad Paisley got March at the Opry off to a roaring start.

The Grand Ole Opry is considered the “home of American music” and “country’s most famous stage.” Annually, people make pilgrimages across town or around the world to the Grand Ole Opry to see the show live. The broadcast takes place multiple times during the week. Each performance is made up of official Opry members along with guest artists who might one day be invited to join the prestigious circle. Each concert is unique representing multiple generations presenting the broad spectrum of the genre. Also, millions more tune in to Opry broadcasts via a mobile app, SiriusXM Satellite Radio, Nashville’s 650 AM WSM, and the Opry website and WSM 650 AM website.

We had the pleasure of attending an Opry performance on March 01, 2019. On this particular occasion the idea of the Opry family held true. Not only did the family band The Whites shine on the Opry stage but Sharon White’s husband Ricky Skaggs was there as a host and performer. Another happy Opry couple Connie Smith and Marty Stuart were also in the house that country built on Friday night. 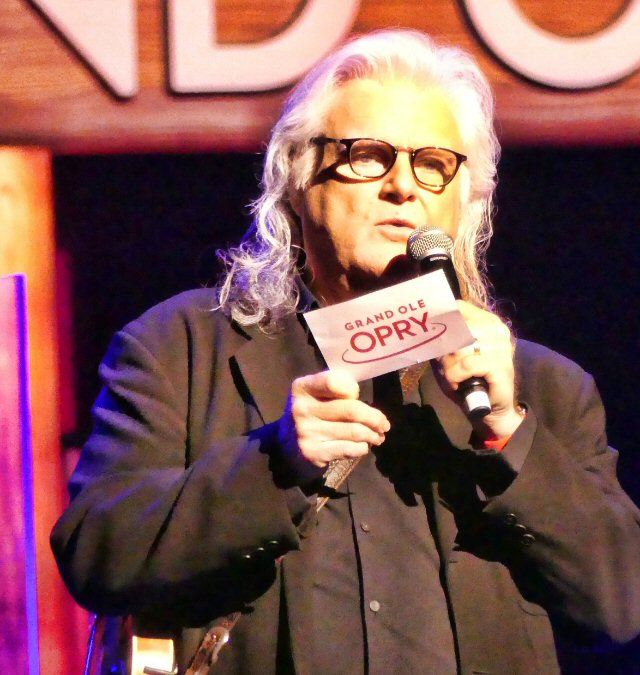 Before the 7:00 pm start, an audience poll was taken that revealed folks had traveled from Canada, Florida, Ohio, Texas and even Jamaica to see the Opry live. With a show of applause it appeared that the crowd was packed with lots of first-timers along with repeat customers such as ourselves. Anniversaries, birthdays and other celebrations including an engagement were acknowledged before the well-respected Announcer Eddie Stubbs welcomed fans to the Opry. He was also responsible for reading the ads from the Opry’s sponsors that included Boot Barn, the Stagecoach Music Festival, Dollar General and Humana. Yes, folks this is a real radio show with a few concise commercials. 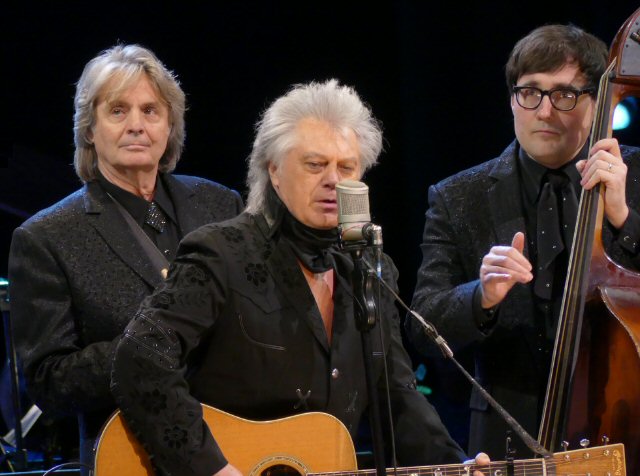 You can never say enough good things about Marty Stuart and the Fabulous Superlatives.

Opening host and performer John Conlee played traditional country music that included a song dedicated to his wife. “In My Eyes” was a sweet song about staying in love. Mike Snider armed with a banjo was a bit of a jester but proved to be a serious picker. The award winning Shenandoah presented a contemporary and classic pair. Their new single “Little Bit of Livin’ ” was a lively-hand clapper followed by a catchy “The Church on Cumberland Road”.

The Whites were celebrating 35 years as Opry members.

Host Ricky Skaggs along with his band Kentucky Thunder are always standouts. They opened and closed their portion of the show with some blazing bluegrass. Gary Mule Deer started off with Cash’s “Ring of Fire” but quickly got sidetracked into a humorous stand-up routine. Before introducing The Whites, Skaggs shared that he had been married to Sharon for almost 38 years. In addition to that momentous occasion the ladies and Buck were celebrating their 35th anniversary as Opry members. They made it a point to thank the talented Opry band that supports many of the performers along with the sound and stage crews. They played “Pins and Needles” along with an inspiring take of “Keep On The Sunny Side”. 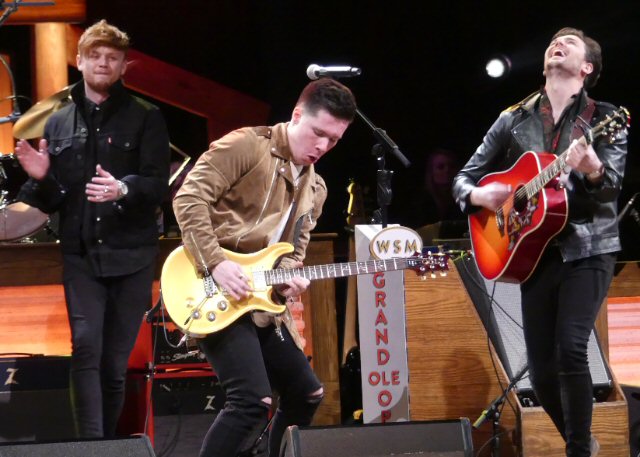 Marty Stuart is known for both his traditional style, and eclectic merging of rockabilly, honky tonk and traditional country music. Marty was engaging in both the role of host and entertainer. With plenty of praise he introduced Bobby Osborne & The Rocky Top X-Press who played a rousing version of the popular TN anthem “Rocky Top”. Connie Smith soared on “Clinging to a Saving Hand” after stating that she loved the song.

Superstar Brad Paisley presented the fun “Mud On The Tires”. During his set, Brad mentioned that he has written a lot of his songs for his wife over the years. His next track was teaming with Biblical references calling the Mrs. his miracle. To counter that “sappy” tune Brad finished up with a winning “I’m Gonna Miss Her”. 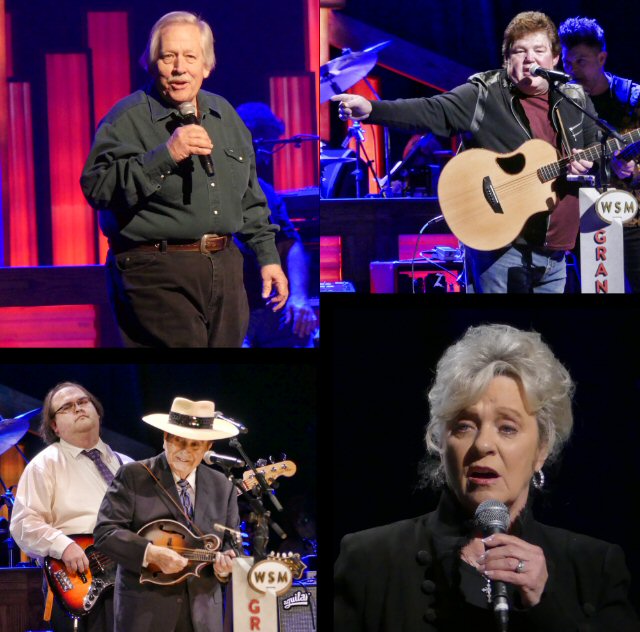 Paisley had the pleasure of introducing King Calaway a multi-national group of harmony-singing, instrument-playing musicians who presented their own spin on modern country. This was King Calaway’s debut at the Opry. Despite their youthful appearance they seemed to appreciate the importance of the venue especially when Brad pointed to the six-foot circle of wood that sits center stage at the Grand Ole Opry House. The Circle was removed from the Ryman Auditorium stage when the show moved to the Opry’s current location in 1974. The wood carries scuffs from the boots of the genre’s biggest stars and is a destination for aspiring artists from all corners of the world.

History happens at the Opry. One night Little Jimmy Dickens scaled a kitchen ladder to invite Trace Adkins to become an Opry member. On another evening, Carrie Underwood brought down the house with her version of the Tammy Wynette classic, “Stand By Your Man”. Once, Vince Gill invited jazz vocalist Diana Krall to the stage for an impromptu duet. The Grand Ole Opry has a storied past of memorable moments with the month of March 2019 building on that foundation. As of this writing, scheduled to grace the Opry stage is Josh Turner, Darius Rucker, Crystal Gayle, Ricky Skaggs on multiple dates, Trisha Yearwood, Chris Janson, The Oak Ridge Boys and many more so stay tuned. 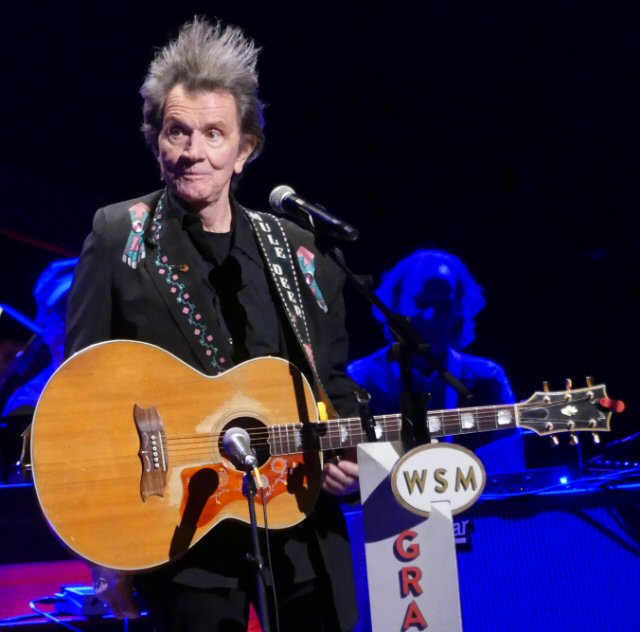 Related Links: For more information on the GRAND OLE OPRY and the other organizations mentioned please visit the following links — Grand Ole Opry