There was a collective gasp that rose up from the God-fearing crowd in Nashville early in the performance of THE BOOK OF MORMON at the TPAC on Thursday, November 17, 2016. During “Hasa Diga Eebowai” it was revealed that the catchy African phrase was really a flip-off to the Creator. But, that outrage was immediately followed by a roomful of laughter and loud applause as the ensemble cast brought the complex dance number to a close. And, that should tell you everything you need to know about the critically lauded and award-winning play from the creators of South Park and Avenue Q. The play of the century about a uniquely American religion is terribly shocking and totally entertaining at the same time.

THE BOOK OF MORMON features book, music and lyrics by Trey Parker, Robert Lopez and Matt Stone. Parker and Stone are the four-time Emmy Award-winning creators of the landmark animated series, “South Park.” Tony Award-winner Lopez is co-creator of the long-running hit musical comedy, Avenue Q. The musical is choreographed by Tony Award-winner Casey Nicholaw (Monty Python’s Spamalot, The Drowsy Chaperone) and is directed by Nicholaw and Parker. 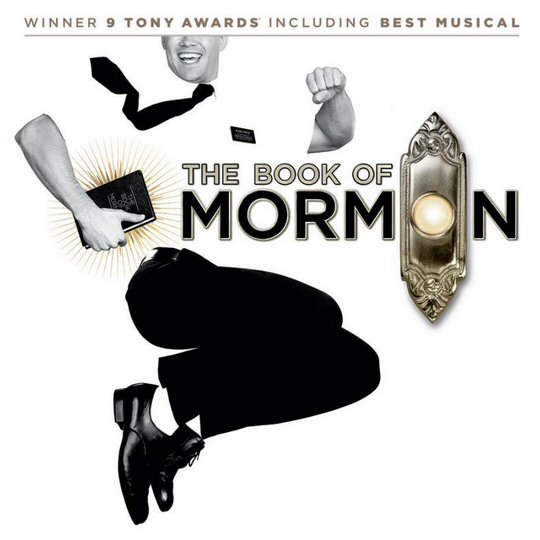 The story centers around two young male Mormon missionaries who are intent on bringing the message of Joseph Smith and the tales of Moroni to eager ears around the world. Elder Price is the charismatic and more idealistic of the pair with charm and good looks that will go a long way in literally opening doors for them. In “You and Me (But Mostly Me)” we learn he is gung-ho to make a major impact with his message – as long as he’s assigned to Orlando. His partner is the nerdy and prone to telling tall-tales Elder Cunningham who is initially happy just to bask in the glow of his new best friend.

Not everything goes to plan when the two are sent to war torn Uganda complete with its strife, poverty and AIDS ravaged populace. Somehow the writers have made a hilarious comedy out of this depressing subject matter as a story of trial and triumph unfolds over the show’s two action-packed and fast-paced acts.

During “Turn It Off” we watch as Price and Cunningham meet their fellow Mormon servants in Africa and find out that they’ve been woefully unsuccessful in winning any converts from this tricky and foreign mission field. The newly arrived two are taught how to overcome their fears and desires with a simple mental flick of the switch.

The dynamic and dramatic “Spooky Mormon Hell Dream” is a show stopper complete with a deliciously decked out depiction of Hades and a larger than life Satan proving that the concept of guilt is not exclusive to the realm of Catholicism and Judaism. Not to be outdone – a lovely golden locked Jesus makes a few cameo appearances – but the Lord sounds suspiciously a lot like Eric Cartman so perhaps that should be a cause of concern for the Nashville faithful.

Elder Cunningham’s penchant for lying – or making things up as he goes along – turns the original message of Moroni into a strange and funny mash-up of western culture and the harsh day-to-day reality of life in Uganda. His hybrid gospel spreads like the telephone game and he wins many believers for the LDS and soon he’s immortalized in Mormon history taking his place among the giants like Joseph Smith and Brigham Young to bring the unlikely story to a celebrated conclusion.

Related Links: For more information on THE BOOK OF MORMON and the other organizations mentioned please visit the following links — The Book of Mormon | TPAC