Nashville natives THE CADILLAC THREE rallied Saturday night (September 19, 2015) at The Cannery Ballroom for an epic hometown show, which sold out in less than one week. During the raging headline concert, Aerosmith frontman Steven Tyler joined the trio on stage for “Sweet Emotion.” The iconic songwriter and prolific singer, who was introduced as the reason TC3 wanted to be musicians, proved the admiration was mutual when he revealed a shirt announcing he was the newest member of The Cadillac 4. 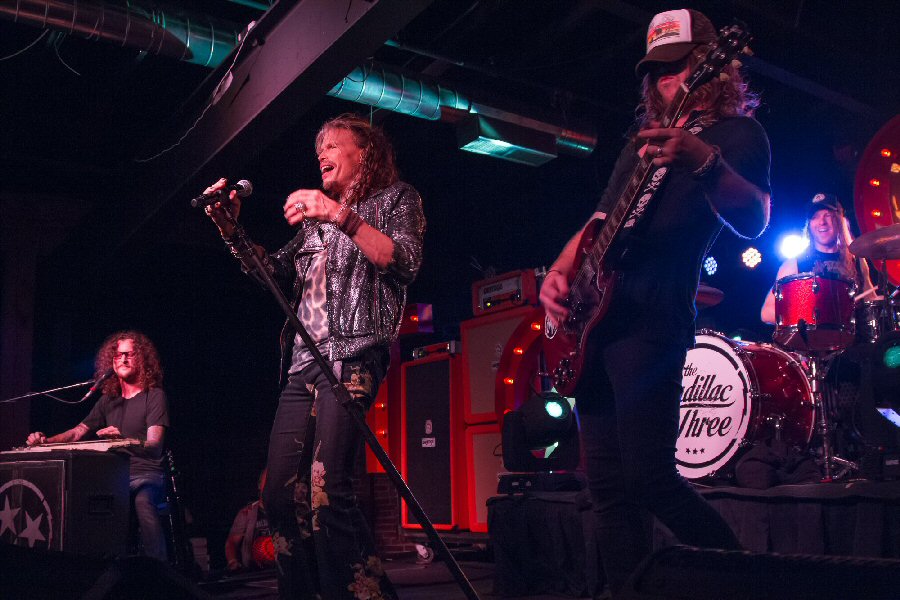 “Having our fans and the place we grew up party, dance and get loud, man, was everything to us,” said Jaren. “And seriously to have one of our biggest idols, and now friend, sing with us, we definitely couldn’t dreamed this up when we started this crazy journey.” 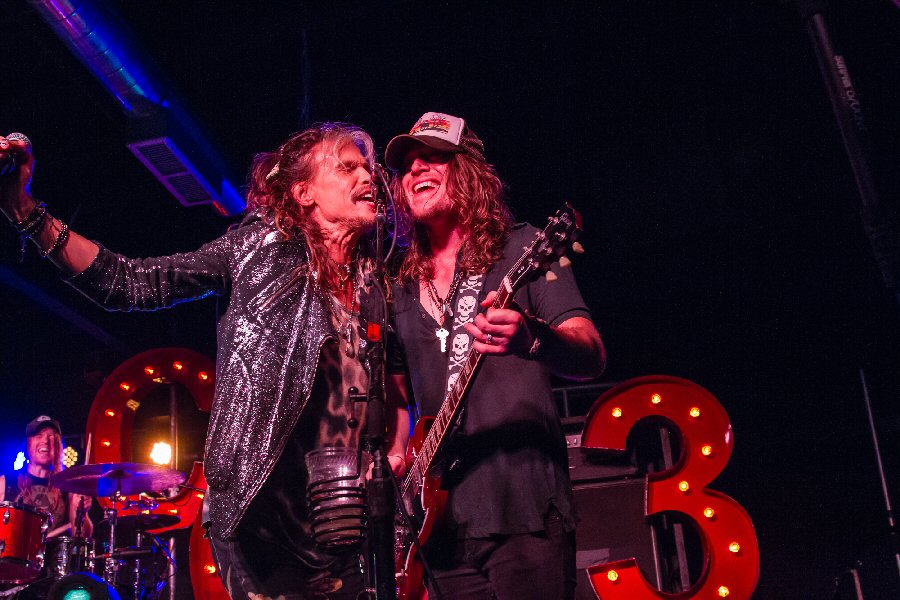 Fans from far and wide flocked to the venue, singing every word and raising a glass to the unabashed trio. Named the UK Classic Rock Roll of Honour Awards Best New Band and playing to capacity crowds in the UK over the last several months, TC3 even saw a few familiar faces make the trek. For one-night-only access, Big Machine’s iHeart Radio channel also live streamed the entire show so fans everywhere could join the uninhibited musical party. Even Superstar acts like Florida Georgia Line, Thomas Rhett, Eli Young Band rave about the greatness of TC3.

One of Rolling Stone Country’s “10 New Artists You Need to Know,” TC3 will hit the road this fall with Chase Rice and has previously toured with Eric Church, Dierks Bentley, among others. The trio has been nominated for ACM Vocal Event of the Year while Jaren scored GRAMMY nods for RISER (Dierks Bentley) & “Meanwhile Back at Mama’s” (Tim McGraw), in addition to penning #1 hits for Keith Urban, Jake Owen and Billy Currington. He solely penned the band’s latest offering on Big Machine Records, “White Lightning,” and will join Kip Moore and Brett James tonight in New York City for a special CMA Songwriters Series taping of “Front and Center.” TC3’s eclectic catalogue also features album cuts for Kenny Chesney, Rascal Flatts, Miranda Lambert, Lynyrd Skynyrd, Jack’s Mannequin, Meat Loaf and more.

Related Links: For more information on THE CADILLAC THREE and the other organizations mentioned please visit the following links — Steven Tyler | The Cadillac Three | The Cannery Ballroom