The Emmy Award-winning online music series Skyville Live has completed another one of their intimate live music showcases when on May 4, 2017 rock legend Billy Gibbons was joined by Robert Randolph, Charlie Starr of Blackberry Smoke and newcomer Charlie Worsham for an amazing night of entertainment in the Berry Hill section of Nashville. This event was specifically named “Guitar Greats I” which indicates they plan on more six-string spectaculars in the future.

The grand finale hits all the right notes in Nashville.

ZZ Top legend and member of the Rock ‘n’ Roll Hall of Fame Billy Gibbons got the party started. Fresh off of an acclaimed solo-outing this Skyville Live alum jumped right into the fan favorite “Just Got Paid” before inviting the innovative pedal steel guitar player Robert Randolph to join in the fun.

As multiple cameras rolled, Randolph complied with a show-stealing rendition of the title track from his new record called “Got Soul” that saw the spiritual rocker attack his instrument like a demon and rock god. Together the two paid homage to a member of the pantheon as they traded hot licks on Jimi Hendrix’s “Foxey Lady”.

During a pre-show interview we got to ask Billy if the numerous comparisons that are made between Randolph and Hendrix were fair. Gibbons, a friend of the gone-too-soon Master of the Telecaster said, “There were things Jimi did with the guitar that I don’t even think the designers thought of and that’s exactly what you get when you hear Robert play.”

We were also curious about Randolph’s roots in the region as we’ve seen his name a lot on the marquees in town. He told us, “A lot of people don’t know but historically for me and my church background of playing pedal steel in church, our headquarters is here in Nashville.” 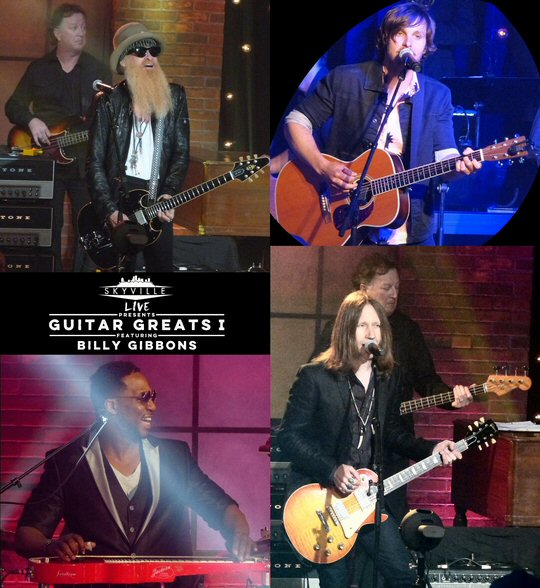 Scenes from the “Guitar Greats I” edition of Skyville Live in 2017.

Audience members at the well attended performance were the real winners when the evening closed with the now traditional encore that brought all the acts back together for a celebratory jam in Music City closing out the night with the headliner’s ZZ Top hit, “I Thank You”.

Speaking of parties, Skyville Live is fast becoming the go-to music industry mixer in Music City. As Nashville media and business insiders mingled the gracious and generous hosts at the soundstage provided food and drinks to all guests, staff and crew before and after the taping. We dined on a pre-show buffet with tasty chicken, eggplant pasta and vegetables. Still hungry afterwards they rolled out platters of sandwiches and chocolate covered pastries with everything washed down with a few Yazoo Brewing Company hand-crafted favorites.

Skyville Live is an unprecedented online music series that brings together today’s hottest stars, legendary acts and upcoming artists in a unique, interactive and genre-blending way. Each episode is recorded with full HD video in front of an intimate studio audience in Nashville, Tennessee and live-streamed around the world. Some of the biggest names in music today have appeared on the program since its debut in January 2015 including Kris Kristofferson, Gregg Allman, Gladys Knight, Lady Antebellum, Chris Stapleton, Dr. John, Emmylou Harris, Little Big Town, Melissa Etheridge, Cyndi Lauper, Martina McBride, Taj Mahal and Steve Earle with the promise of many more to come. 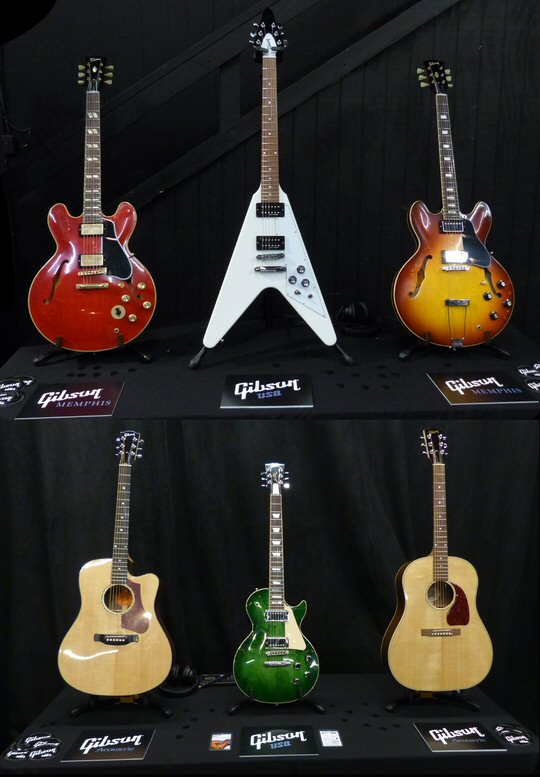 Gibson was an additional “guitar great” in the house at Skyville Live.