Wow! We thought last year with Sheryl Crow and Jewel was good. But, it looks like Scott Hamilton and his friends are trying to melt the ice as the second year of An Evening with Scott Hamilton & Friends returns to the Bridgestone Arena in Nashville on Sunday, November 19, 2017.

PURCHASE TICKETS AT: An Evening with Scott Hamilton & Friends – Sunday, November 19 at 5 pm.

Hamilton’s dear friend Sheryl Crow returns in her dual role as performer and musical host and she has produced quite a line-up that might just prove to be too hot for the home ice of the Predators. The star-studded evening includes GRAMMY Award winner Darius Rucker, legendary guitarist and songwriter Steve Cropper, singer, songwriter and actor Charles Esten (“Nashville”), lead singer of GRAMMY-nominated and American Music Award-wining band MercyMe Bart Millard, 2017 ACM and GRAMMY nominee Cassadee Pope and GRAMMY-nominated artist and Opry inductee Chris Young. 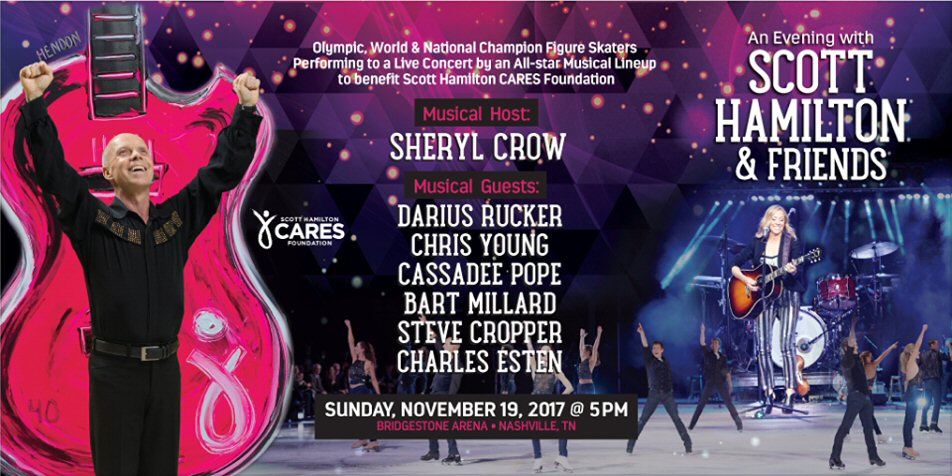 This will be one for the ages – really! It’s a family-friendly event that will be held early at 5 pm on Sunday, November 19 at Bridgestone Arena. Prepare to be thrilled as Olympic, World and National Champions skating simultaneously to live music by legendary musical giants. You don’t want to miss this! 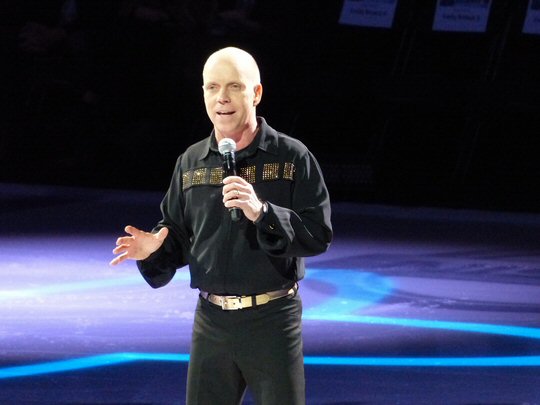 An Evening with Scott Hamilton & Friends hit the ice in Nashville for the first time in 2016.