Jon Anderson is the legendary “Voice of YES” and the diminutive singer has been on a big roll in recent years. His stop at the renowned Ryman Auditorium in Nashville, Tennessee on Monday, May 06, 2019 with a nine-piece band in tow was the culmination of a musical project over 30 years in the making and the capstone of a personal comeback that proved he can do it all by himself with a little help from his very talented friends.

The legendary Jon Anderson came armed with a big band in Nashville.

To back up – Jon Anderson didn’t necessarily leave the band YES but he had to resign himself to the fact that his bandmates decided to carry on without him while the singer recovered from an illness that nearly sent him on his final cosmic journey in 2008.

To help with his recovery, Anderson got back to what he does best. Several solo tours followed that found Jon reconnecting with his audiences while he performed many of the prog rock classics he co-created in stripped down format on acoustic guitar. Later, he would team up with often-caped keyboardist Rick Wakeman and the pair played many live dates together in support of their first collaborative album, The Living Tree.

With his touring legs back and his voice returned to strength following the serious asthma bout that nearly took his life, Anderson was ready to add some bulk and more instrumentation to the proceedings. Projects with prog rock comrades Jean-Luc Ponty and Roine Stolt followed. But, one configuration of musicians really got the YES fans pumped and the YES camp concerned.

With YES on their second Anderson sound-alike singer, Jon rang up two of his former friends that he worked with in that band and AWR (Anderson, Rabin, Wakeman) was born in early 2016. The trio teamed up with a rhythm section to replicate the configuration of their famous prog rock progenitors and hit the road to critical acclaim. Eventually, they would lay claim to the YES moniker for themselves but the excitement was to be short-lived. 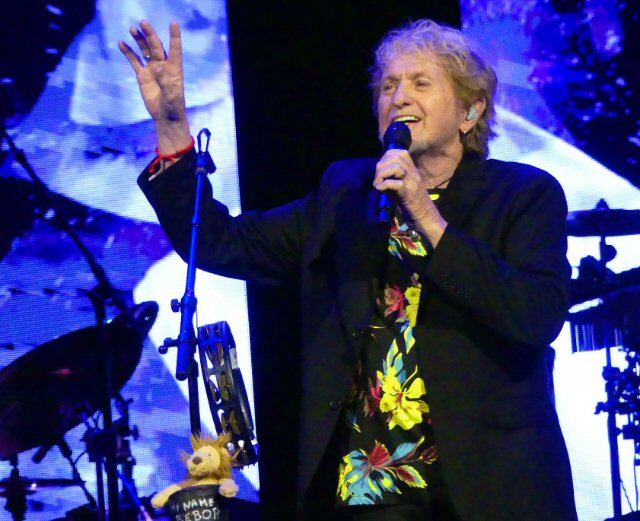 Anderson initially had planned to record new music with Rabin and Wakeman, but he recently told ABC Radio that their band, Yes Featuring ARW, is on indefinite hiatus and he’s “not sure” if they’ll ever work together again.

“It’s something that didn’t evolve the way I would like, and same with Trevor and Rick,” he admits. “We wanted to make some new music, but for some reason, the powers that be just didn’t give us the chance to get in a studio and make some new music, even though we wrote some music.”

“The tour was fantastic,” he relayed to be broadcaster. “I mean, on stage we were cooking. We didn’t take any prisoners. And, the audiences were great wherever we went. But, everything else around it was very sort of un-together, should I say.”

Jon Anderson was hands on at the Ryman.

A proven fighter Anderson now had to put together another platform that would allow him to bring his music to the masses once again. So, he turned to an uncompleted project from 30 years ago and he enlisted Grammy-nominated producer Michael T. Franklin to put the finishing touches on what would become the stunning and timeless 1000 Hands album featuring Ian Anderson, Steve Howe, Chris Squire, Alan White, Jean-Luc Ponty, Billy Cobham, Chick Corea, Pat Travers, Zap Mama, Steve Morse, Rick Derringer, Larry Coryell and Tower of Power’s horn section all making guest appearances.

Following a four song opening slot from the duo called The Cerny Brothers the stage was set for Anderson and company to put their hands to work. Jon has built a large touring band to replicate the depth, supporting cast and star power that is found within the grooves of the new album. With two drummers and multi-instrumentalists adding flute, saxophone and trumpet all the players were collectively up to the task of presenting many gems from his YES back catalogue and solo career with power and prestige.

Anderson’s crew came out strong opening with a faithful rendition of “Owner Of a Lonely Heart” and a version of “Yours Is No Disgrace” that kept the proceedings close to the original. However, a violin solo filling in for Steve Howe’s handiwork introduced the idea of some alternative arrangements into the mix. This theme would be revisited throughout the evening’s two sets. The assembled in the pews didn’t seem to mind as they rose to their feet in ecstatic praise for the powerful opening two tracks.

Jon Anderson’s 1000 Hands is the stunning new album 30 years in the making.

Jon explained that many of the songs on 1000 Hands have a spiritual element to them which he said was perfect for the building they were currently in. The Mother Church of Country Music was playing host to a prog rock god and true cosmic icon for a night.

“Where does the music come from?,” Anderson inquired from the stage as an introduction to a song of the same name from the new record, before answering his own question. “I know where the music comes from. It comes from Nashville. Wow, all the amazing names that have stood on this stage!”

Was Jon Anderson and his 1000 Hands a little different from your standard fare YES concert? YES! Was it fine, fun and fulfilling entertainment? YES! Should you go see this show when it comes to your city? Most definitely YES!

Many consider the Ryman Auditorium one of the best sounding venues in the country. The Mother Church continues to feature an eclectic array of artists such as Jon Anderson. In addition to their Opry Classics & Bluegrass Series their calendar includes Shinedown, Mavis & Friends, Lukas Nelson, Amanda Palmer, George Benson and Carol Burnett. 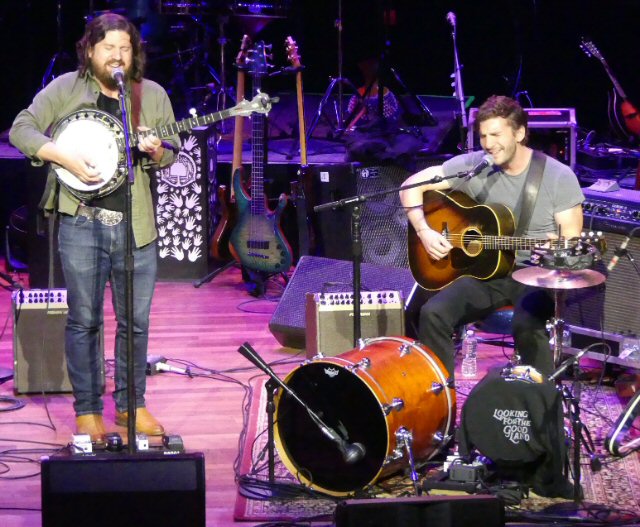 The Cerny Brothers open up at the Ryman.