Smokin’ Joe Bonamassa kicked off the summer leg of his seemingly never-ending tour with a return, sold-out engagement at the Ryman Auditorium in Nashville, Tennessee on Monday, July 22, 2019. As the tour bus and eighteen wheelers packed outside the venue advertised, Joe is “always on the road” and because of this his traveling band and team is a well-oiled machine that never disappoints in a live setting.

For those who still don’t know, Joe Bonamassa was born into a musical and entrepreneurial family – his father owns a guitar shop in upstate New York. At the impressionable young age of four Joe informed his dad that he was interested in playing the six-string. By five, he made the life-altering decision to focus on the blues as his guitar genre of choice. The rest as they say – is history – and JB has been blazing a trail with an abundant amount of his own music and merchandise made available to his continually increasing fan base around the globe ever since.

For the Ryman show, Joe returned with a command performance featuring a lot of music from 2018’s Redemption album. This show followed a memorable three night stand at the Mother Church of Country Music last August. Joe began gigging professionally at the age of 12 and now that he is 42 he has worked at redeeming the blues for three full decades.

This year’s concert and the setlist from last time around were similar but different enough to make this one stand out from 2018’s three-pack as observed from the Ryman’s historic and hollowed pews. Both shows contained these four from the latest record – “Evil Mama”, “King Bee Shakedown”, “Self-Inflicted Wounds” and the rollicking “Just ‘Cos You Can Don’t Mean You Should”. Also similarly included were the fan-favorites and always well-performed “Slo Gin” and “Last Kiss”.

The trio of tracks that finished off the event in Music City began with the set closer and one of the Joe’s best ballads “Mountain Time” that starts off slow while it peaks on an exhilarating climb. The acoustic “Woke Up Dreaming” was encore number one and continued to showcase the fact that Joe can sometimes get even more power out of an acoustic than electric.

A workable version of “Ballad of John Henry” closed out the show and this evening’s fine baptism of the blues. But, by that point we were a bit distracted as the Ryman’s pipes over our heads appeared to have sprung a leak on a few rows in the seats directly below the balcony. Maybe Joe had made the Mother Church of Country Music cry. 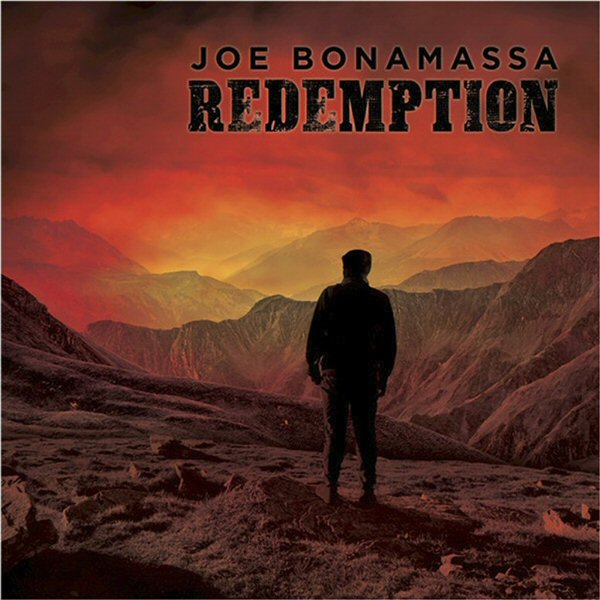 We couldn’t blame her if she did. Joe Bonamassa – a guitar and apparently cigar aficionado (Sammy says you should quit) – just keeps getting better and better over time. He still practices extensively and you can see that he brings acquired techniques to his playing as he continues to find new and captivating ways around the neck over the course of a two-hour plus appearance. A recent trend is to slow things down and play as low as possible which, of course, always elicits the biggest cheers from the quieted crowd.

Speaking of country music, the last time Bonamassa was scheduled to play the Ryman the three shows were planned to be recorded as part of new project where Joe and a country configured band where to pay tribute to classic country music featuring Bonamassa putting a blues-rock spin on the songs of original country music legends like Johnny Cash, Willie Nelson, George Jones and Hank Williams. But, an unexpected backlash on opening night in San Diego resulted in a “get back to blues” plan with a promise to revisit the experiment at a later date.

Fans still waiting for the countrified incarnation of Joe Bonamassa can take heart in the fact that he is now a proud Nashvillian and as time goes by this town’s famed magic will combine with Joe’s abundant skill and sensibility to most likely result in something special in terms of this town’s top genre. Bonamassa already employs two locals (Michael Rhodes/bass and Reese Wynans/keyboards) who together provide a solid backbone to his current backing unit. As Joe’s residency here stretches out over weeks and years many more connections will continue to occur organically for him. We get excited by the thought of Joe teaming up with some Music Row writers to craft songs specifically for his truly unique and gifted skill set.

Where Joe Bonamassa goes from here musically is really anyone’s guess. He’s already been known to throw a few curve balls in there with his work in the harder Black Country Communion; the jazzy instrumental outfit Rock Candy Funk Party; in service as Beth Hart’s amazing guitar sideman; and on the world music themed acoustic offering that played Carngie Hall in 2016. What we do know is that he’s taking his blues rock and revue on the road yet again with scheduled stops to Israel in August followed by a half a dozen dates in Australia and New Zealand in September.

Until further notice, in the USA and around the world Joe Bonamassa is keeping the blues alive by expertly putting the genre’s redeeming qualities on display with every chance he gets. 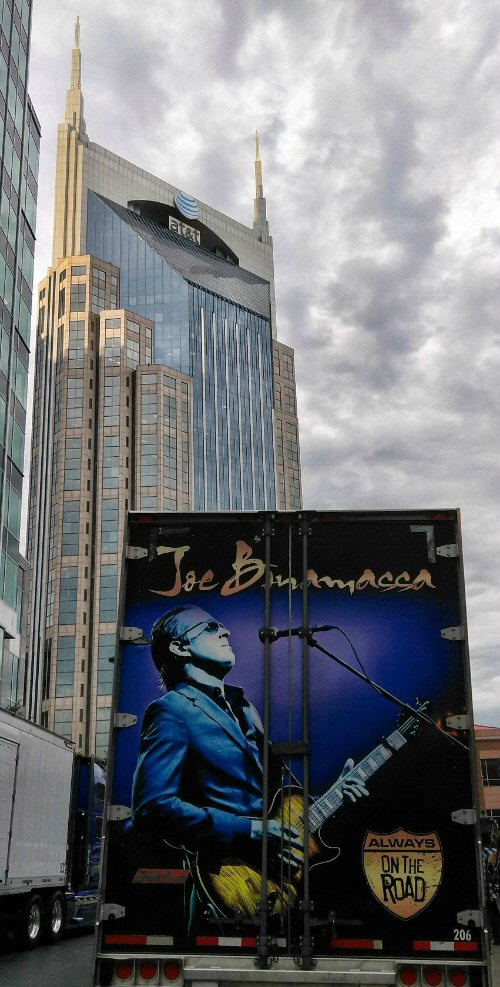 Like the Batman Building, Joe Bonamassa in now a fixture in the 615.