Guitarist/singer Gary Clark Jr. poured out the musical healing at a sold-out engagement at the Ryman Auditorium in Nashville, Tennessee on February 26, 2016. Born and raised in Austin, Texas Gary picked up the guitar at age twelve. Within a few years he was playing gigs and jamming with the likes of Jimmie Vaughan. Rolling Stone declared Clark to be the “Best Young Gun” in its “Best of Rock” issue back in April of 2011. Since then Gary has been steadily building on that astonishingly accurate accolade.

Gary Clark Jr. and his band at their sold-out engagement at the Ryman in 2016.

Gary is more than just a guitar-god in the making he is also a smooth and soulful singer. Right from the start fans were hooting and hollering for Gary and his talented team. They opened with a bold “Bright Lights”. Ironically the stage lighting was rather dark for much of Clark’s set. Gary stepped up for one of many solos – cool and confident in his playing with the crowd erupting in cheers. People were clapping along to the snappy “Ain’t Messin ‘Round” that featured more furious fret work from Gary.

“When My Train Pulls In” started off subtle before it picked up steam with smoking guitar leads. Traveling into the blues realm Gary with his beguiling rhythm section paid tribute to Albert Collins with a tantalizing “If Trouble Was Money”. Throughout the night Gary utilized various guitars to produce vibrant tones. The use of effects also added to Clark’s expressive playing which received countless standing ovations at the Ryman. 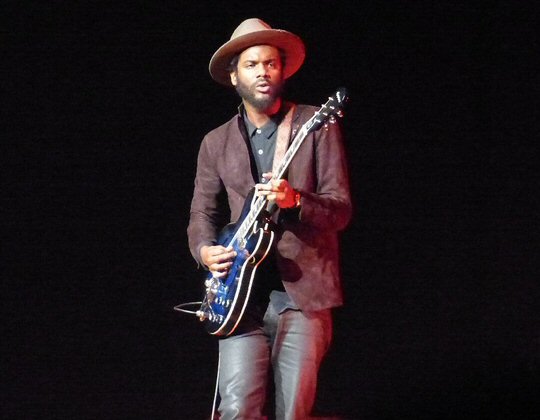 “Hold On” was another standout that also showcased Gary’s silky vocals. During the concert Gary presented a number of songs from his latest album-The Story of Sonny Boy Slim. “Our Love” was packed with soul. On this record Gary draws from a broad pallet of influences such as blues, country, jazz, rock and soul. The Story of Sonny Boy Slim is diverse and perhaps not as guitar driven as some fans might expect. However, we enjoyed the experimental flow of this 13-track CD that starts off with “The Healing” that features a blend of old school with hip-hop. This track ended up being the final song on Friday night. 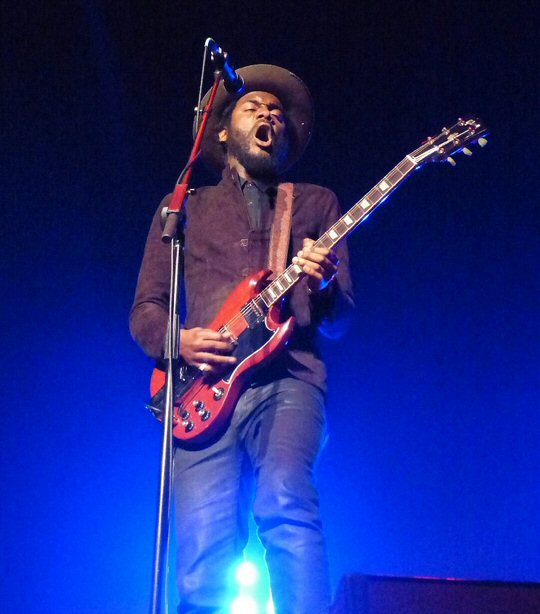 “You having fun?,” inquired Gary before introducing his band then returning to more mesmerizing music paired with magical guitar solos. Clark was not chatty preferring to speak through his intense instrumentation. Other highlights of the night were a nuanced “Numb” and a compelling “Cold Blooded”. Gary’s encore was captivating and included the Motown inspired “Please Come Home” thus pouring out the healing with soul. 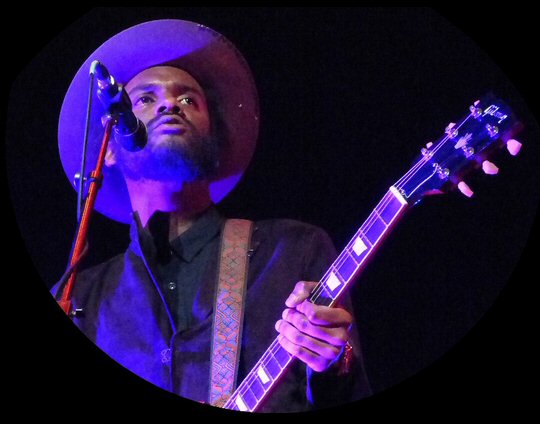 Opening for Gary Clark Jr. was Muddy Magnolias. This seven-piece ensemble was fronted by Kallie North and Jessy Wilson. Both ladies had power and poise separately and together. They had an excellent stage presence with voices to match. Muddy Magnolias’ set was engaging and featured a spirited version of “Jesus Is Just Alright”. This potent pair joined Gary at “Church” during his encore.

The Ryman Auditorium in downtown Nashville is the “Mother Church of Country Music” but she continues to host a wide range of artists such as Gary Clark Jr. The venue reflects its history with wooden pew seating paired with modern lighting and sound. Some consider it one of the best sounding rooms in the States. Upcoming events at the Ryman include Leon Bridges, Tedeschi Trucks Band, Sam’s Place, George Thorogood, Merle Haggard and Adam Lambert. 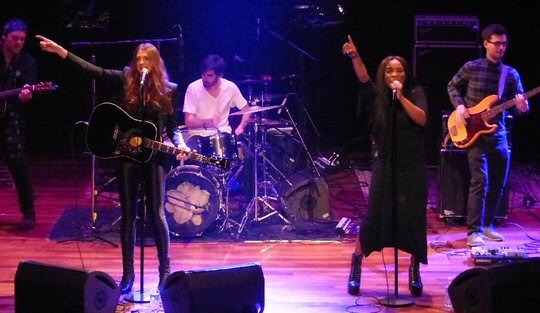 Muddy Magnolias were a solid and sexy opening act in Nashville.