Who doesn’t love Celtic Woman and the women that make up this popular group with worldwide acclaim? I know I do. That’s why I jumped at the chance to interview the ladies in a one on four meeting during their media day on February 27, 2019 in advance of their opening night 24 hours later at the Tennessee Performing Arts Center. 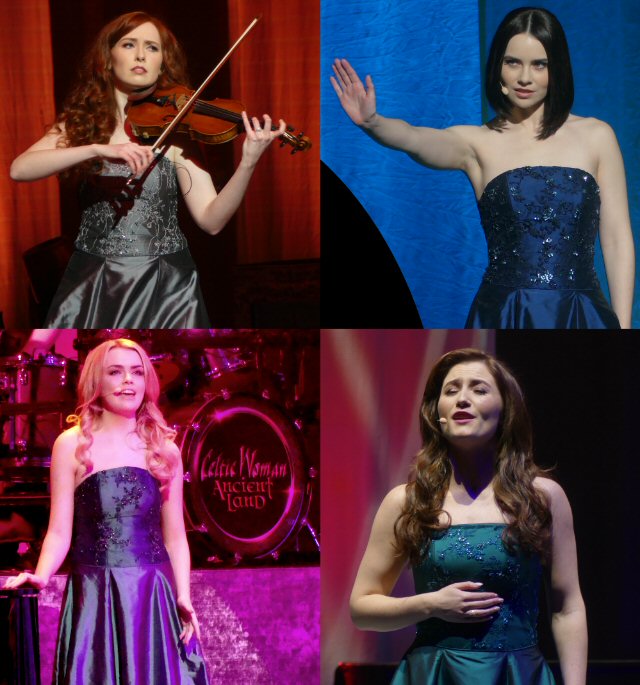 Celtic Woman returned to the TPAC in 2019.

With their U.S.A. headquarters in Music City it makes sense that they would kick off their adventure in town as they often do. What better place to gather, party and hang with the glittering glitteratti while rehearsing for the grueling schedule ahead? This year via social media Celtic Woman shared images of themselves engaged in a Nashville media blitz, posing with Dolly Parton and happily strolling down Broadway.

All fun aside, this season’s opener came with a little more meaning, especially for the newest member Megan Walsh who would be making her impressive Spring Tour debut with the women on the demanding Music City stage.

“I’ll always remember Thursday night,” said the pretty performer and for that matter, we will, too after observing her, the three other entertainers and their entourage of musicians and dancers do their thing to perfection at the TPAC.

“The idea behind Celtic Woman,” clarified Éabha McMahon when asked if the organization represented an idealized form of Irish feminism, “is that it’s a platform for the best of Irish talent and it always has been.”

Clearly proud of their history and national heritage that talent stormed through two glorious sets that unfurled the banner on their Ancient Land tour named for the title of their latest high-caliber offering.

As the month of Gaelic gaiety begins the girls revealed that there may be no better ambassadors for their “Homeland” than they are. That song is the powerful anthem from the new record that raised the curtain on the evening’s much anticipated show and what is sure to be a magical three months for the fantastic foursome along with the rest of the cast. 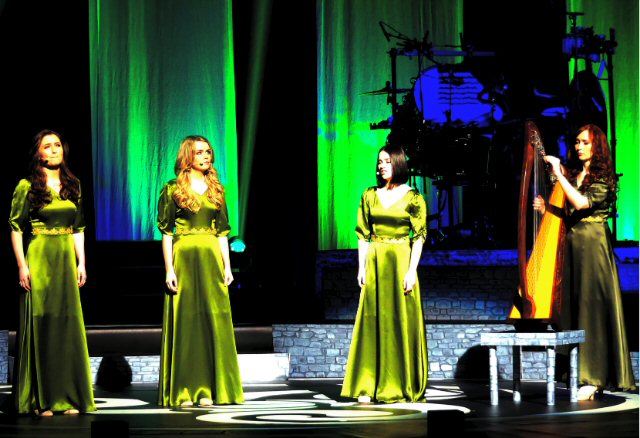 If Nashville is the launch pad they are set to take flight beginning March first in Huntsville, Alabama. That state’s “Rocket City” is the perfect venue to lift off on a journey across North America that will find them spreading their “green” message through late May. In fact, the Capitol of Tennessee just across the street from the venue was lit up in a pleasing shade of the leprechaun’s favorite color.

“There is nowhere better than Ireland,” said violinist Tara McNeill who also takes most of her personal vacations on either the East or West coasts of the famed and mythical British Isle.

What remains pretty remarkable is that Celtic Woman was only originally meant to be a one night thing but the campaign has now conquered countless hearts and minds as a global phenomena that has seen 15 members rotate in and out of the group over their impressive decade and a half run as international superstars.

“Miraculously, here we are 15 years later,” enthused Northern Ireland’s Máiréad Carlin. “We’re all just very privileged that there has been that fluidity within the lineup. We’re all really good friends and we always say once a Celtic Woman always a Celtic Woman.”

We won’t give any secrets away as many will soon see this tour broadcast in their homes as Celtic Woman are a major draw on the nation’s Public Television Network. But, the quartet and company remained as mystical, magical and enthralling as expected especially on favorites such as “Danny Boy” and “Somewhere Over the Rainbow” that were both as good as gold. The crowd pleasing “Orinoco Flow” remained intense and haunting as the girls really hit their stride during Act II.

As my interview began the lovely ladies made their way toward me singing, dancing and smiling as they climbed the TPAC’s sloping side stairwell. I looked around fully entranced to make sure I wasn’t dreaming. During the tour opener they remained as captivating, colorful and charismatic as ever. Attend one of their concerts and it’s a sure bet that the tales and talents of Celtic Woman will leave you spellbound, too! 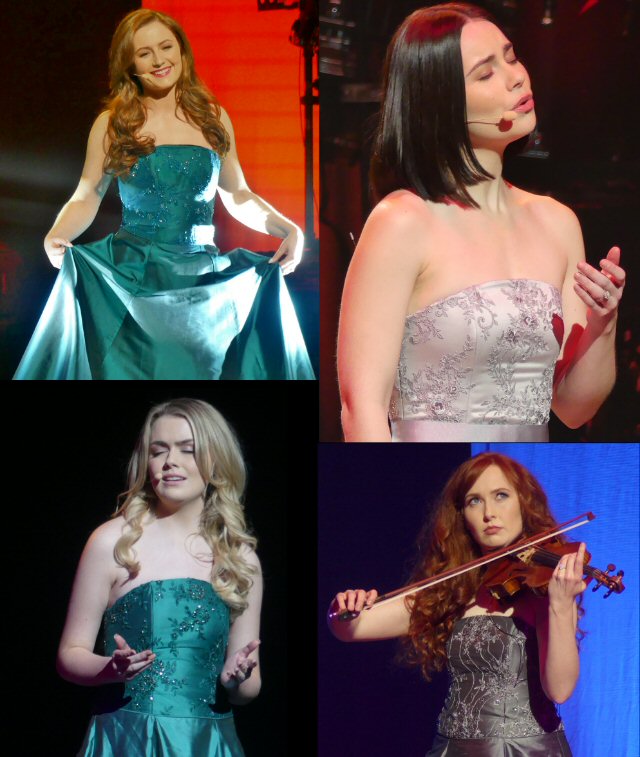