Digital music distributor CD Baby is returning to Music City for its third consecutive year of hosting the indie artist friendly convention called the DIY Musician Conference that focuses on marketing, distribution, and fan outreach. MCN founder and publisher Rockin’ Rich Lynch – in addition to be a concert reviewer and rock photographer – is also a CDBABY artist. So, we’re particularly psyched about this upcoming event set to land at the downtown Omni Nashville Hotel from August 25 – 27, 2017. Several expected highlights are:

In addition to the informative and insightful panels and workshops the hosts are planning a special musical showcase on Saturday night just a few sort blocks away at the Cannery Ballroom featuring successful indie artists including: 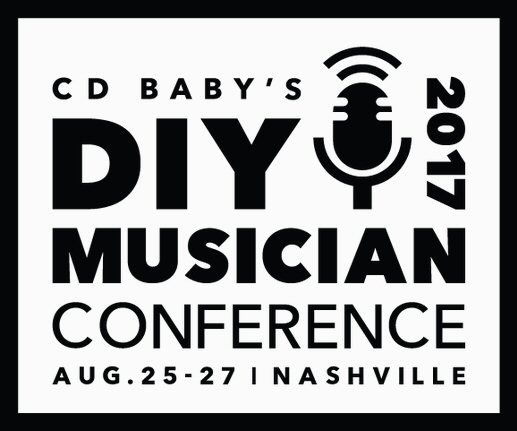 JEFF The Brotherhood
The best rock ’n’ roll, the kind that gets under your skin and makes all your senses heighten, is simple and comprised of hard work and unrelenting passion—all of which JEFF The Brotherhood. JEFF The Brotherhood embody and exemplify on their Warner Bros. Records debut LP, Hypnotic Nights. Brothers Jake and Jamin Orrall have been playing together since they were little kids and formed the group when they were in high school. The boys grew up with a voracious appetite for any music they could get their hands on.

Hillbilly Casino
In a town known more for generating pop country ‘hat acts’ and contemporary Christian music, there is a storm brewing. Small independent bands with no management, booking, record labels (or even local media support) are changing the way people think about Nashville Tennessee. Now they’ve got three full length CD’s under their belt. ‘Sucker Punched’, (Dec.2006), ‘Three Step Windup’ (April,2008) and ‘Hang Your Stockings….. Say Your Prayers’ the band’s Christmas CD (Nov, 2008). Each one totally DIY, produced and engineered by Firebaugh and Dickson and recorded in Andrew Dickson’s garage, lovingly known as ‘Studio D’. Each CD blends elements of honkytonk, rockabilly, psychobilly, and straight up rock and roll.

The Blow
The Blow is an electronic duo comprised of Khaela Maricich and Melissa Dyne. A shape shifting entity, The Blow has been many different things over time and is sometimes multiple things at once, but is at its heart always one simple thing which is a qualilty of intimacy made tangible, most frequently in the form of a pop song. The current line up of The Blow looks a lot like a band, or as much like a band as The Blow ever has, with both members playing instruments together onstage. Maricich plays keyboards and Dyne controls a wizard’s rig of modular synthesizers and sampling hardware. Together they produce sounds in tandem, passing the frequencies back and forth between them before sending them out through the sound system.

Alex Winston
American pop/indie artist born September 28th 1987 in Bloomfield Hills, Michigan in Detroit. Currently lives in New York City since 2010. Broke through with “Choice Notes” that was used on Hyundai advert in UK and Europe. She frequently works with New York producer team The Knocks